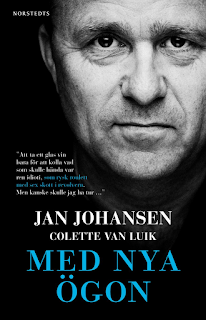 Jan Johansen loves Kedvesem (and so do I).
In case you missed it, ByeAlex finished 10th with Kedvesem (Sweetheart) in saturdays Eurovision final in Malmö, singing for Hungary.
Jan Johansen is the singer of the 1995 Swedish entry Se På Mig (3rd place in Dublin).

Kedvesem at the Malmö Collection has all the details and links to the versions of the lovely ByeAlex song. There's even one with a bit sung in Swedish by ByeAlex himself..

Jan's soundcloud
Jan Johansen has a book out (in Swedish)

Also check out everything about these Hungarian entries:
2014 - András Kállay Saunders at the Copenhagen Collection
2013 - ByeAlex at the Malmö Collection
2012 - Compact Disco at the Baku Collection
2011 - Kati Wolf at the Düsseldorf Collection
2009 - Adok Zoli at the Moscow Collection
You'll find versions, CD info, charts and other trivia


It's sung in English by Eisenhauer and is titled One For Me.
The track wass released in May 2014 in Germany. The cdsingle includes four versions of the song.
One For Me - single version
One For Me - Thomas Lizzara mix
One For Me - "One Love" remix
One For Me - Karaoke
Out on Rhingtön (Universal Music), also available at your usual digital outlets.

Kedvesem ended 10th in the final in Malmö.
Read all about the original song and its versions here at the Malmö Collection.
For a coverversion by Swedish Eurovision singer Jan Johansen go here at Eurocovers.
Special thanks to Ivor Lyttle.

And here's a Swedish version by Mona Ersare


Here's a new Swedish coverversion of Kedvesem.
The singer is Mona Ersare. The track is released as a digital single.