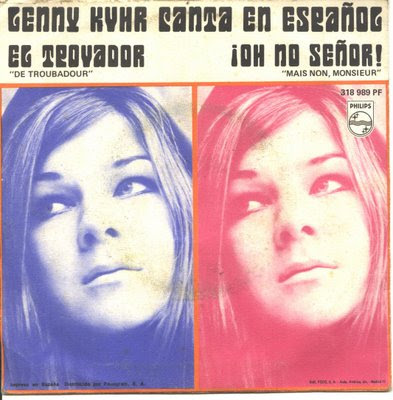 The first of the four winners of the 1969 Madrid contest in 4 X 40 is the Dutch entry De Troubadour by Lenny Kuhr. The Dutch had a good track record back then and Lenny Kuhr was the third Eurovision winner for the Netherlands in 14 years.
Lenny Kuhr wrote De Troubadour with David Hartsema and only just won the Dutch national selection one point ahead of Conny Vinks De Toeteraar.
The song is a simple but effective folktale about a traveling singer from the olden days. He sings, touches peoples hearts, rich or poor, dies in the end but won't be forgotten.
Lenny Kuhr recorded De Troubadour in Dutch, French, German, English, Spanish and Italian as it was properly done in those days. She also recorded several new versions and the song has always been a vital part of her live repertoire.
You can find a new live version on her 2007 anniversary CD 40 Jaar Verliefd. 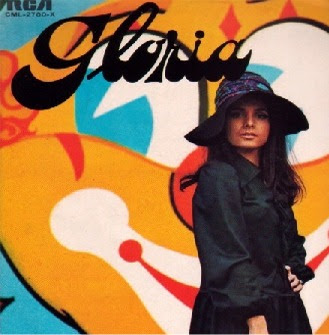 Gloria Simonetti
Gloria Simonetti is a popular singer from Chile. In her 40 year career she released 15 albums and scored hits with Lo Que Pasa Contigo, Hijos, La Violeta Y La Parra, Gracias A La Vida and Ojalá. She participated in festivals in Chile, Puerto Rico, Spain and Bulgaria.
Her first festival appearance was at the Viña del Mar International Song Festival in 1968. She went on to win that festival a year later with Mira Mira and for the 2009 edition next februari she will be one of the judges. She celebrated her 40 year career with a national tour.


Gloria's Eurocovers
Gloria Simonetti recorded two of the 1969 winners on her 1970 LP Gloria (RCA). El Trovador and Un Dia, Un Niño (France's entry, more in part 3) and later she recorded a coverversion of the 1988 Italian entry Vivo by Luca Barbarossa titled Viva. A song that no one else covered as far as I know. (CD Dedicado)
On her live album 25 años de Gloria Simonetti there is a medley including Dio Come Ti Amo and Al Di Lá (Italy 1966 & 1961).

More Troubadours / Help!
Other versions of De Troubadour have been recorded in Finland Portugal, France and (recently discovered) in Estonia.
And then there may be one someone out there might help me with. Someone I know that knows someone etcetera claims that De Troubadour was also recorded in Polish and even was popular on radio. But of course I don't know who the singer is. So if anyone has any idea about a Polish 60's or 70's coverversion of De Troubadour, please let me know.
In the list I have collected the details of over 20 coverversions of De Troubadour. If you have any comments or additions, please let me know. Also all 12 versions recorded by Lenny Kuhr are detailed and there are some picture sleeves. (ask) 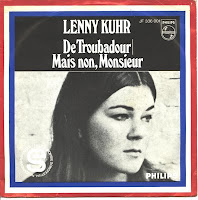