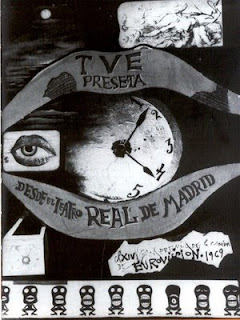 Remember Eurovision 40 years ago?. Today we have over 40 countries in the contest, but back in 1969 we all were poor and there weren't many points to spread. And there wasn't any rule to prevent more than one country winning. So it was bound to mis-happen and in 1969 four countries tied for first place ending up with 18 points each.
And they all won one of the coolest Eurovisions in history.
It was held in Madrid, (not that happening at the time with Franco and all that). Salvador Dali made the posters (pic right). Actress Laura Valenzuela hosted the show and all outfits were stunning.
Many of the songs are still classics in their own right.
Bonjour Bonjour (Switzerland), Primaballerina (Germany), Judy Min Vän (Sweden) and Desfolhada (Portugal) should have won too. But it was the Netherlands (thanks to a 6 pointer from France), United Kingdom (thanks to Lulu), Spain and France that won.
Coming up in the next weeks is a four-part look at the winners and of course how well the songs traveled over the World. 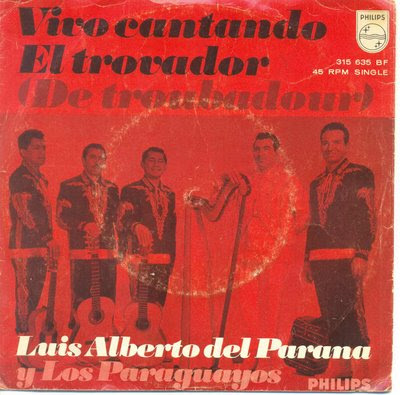