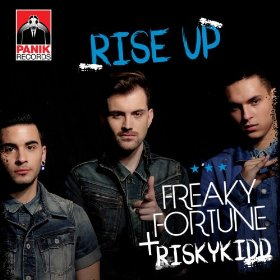 CPH 2014, Freaky Fortune and Riskykidd are ready to go and up for it. They're in Eurovision mood with this well produced medley of (most) Eurovision winners of the modern era, from 2004 and on.
That's the spirit!

The guys represent Greece this year with their upbeat dance tune Rise Up!, one of my faves.
Find out all about that one here at The Copenhagen Collection.
Posted by Eurocovers at 10:52 AM No comments:

Eurocovers don't come much stranger than this. Kike Elomaa is a world champion bodybuilder who won many body building contests in the early 80's. For 20 years she was the only non American woman to win MS. Olympia, so there!
On this 1984 cassette Kiken Kuntojumppa (Kike's Fitness Gym) Kike instructs us to get fit in Finnish to the tune of Diggi Loo Diggi Ley (clip below) and Lady Lady, the Swedish and Spanish Eurovision entries of the same year.
The recordings of the songs are the anonymous coverversions that were released on Eurovision cover albums. under several names like Honolulu Dance Band and Eddy Starr Orchestra.

Later on Kike went on to sing instead of instruct and in 1995 she recorded a Finnish coverversion of Un Banc, Un Arbre, Une Rue (Penkki, Puu Ja Puistotie in Finnish) on her CD Kike Elomaa.
She released a few albums and singles, but she never came close to the success she had as a bodybuilder.
In 2012 her 1985 album Hymykuopat was re-issued on CD with the recordings from above work-out cassette as bonus tracks. (Rocket Records)Currently she's in the Finnish parliament for some tradional values right wing political party, the less said the better, funny how things can turn from fab to drab.

I nicked some details about Kike Elomaa at her Wiki page and her Discogs.

Posted by Eurocovers at 10:25 AM No comments: 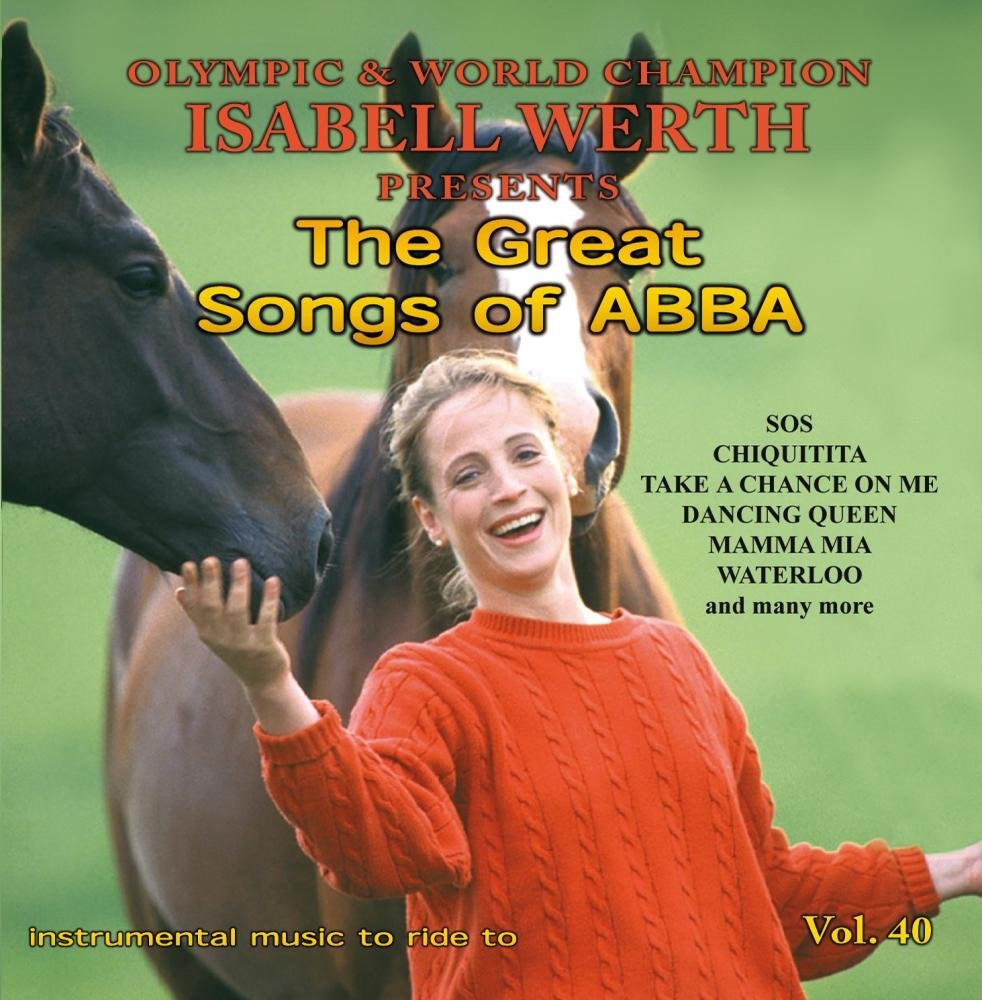 ABBA cover albums come in all tastes and flavors. Until now the daftest one was Babies Go ABBA, music to make your little one sleep. But now we have ABBA re-recorded for your equestrian friends.
Championed by Isabell Werth (who is someone very important in the dressage world), an album full of ABBA covers (instrumentals) was released in Januari to use for horse ballet. You've seen it at the Olympics.
The performing artist is Richard Rossbach who has released many dressage albums.
There are some clips at Amazon

Recently André Rieu and his orchestra released an album full of hits by the Swedish foursome. More ABBA related Eurocovers posts are here.

Posted by Eurocovers at 4:18 PM No comments: