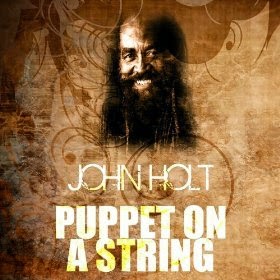 Jamaican singer John Holt passed away October 19, aged 67.
Here's an audio of his coverversion of Warum Nur Warum by Udo Jürgens (Austria's entry of 1964), maybe better known as Walk Away made famous by Matt Monro.

John Holt had several hits with coverversions of other peoples songs, but his biggest claim to fame probably is The Tide Is High which Holt wrote and recorded with his band The Paragons. The song was covered by Blondie and by Atomic Kitten who both took it to the Number 1 spot of the U.K. charts.
Posted by Eurocovers at 9:10 AM No comments: