Sadly it's not a new national holiday for the the Norwegians (although it should be). Norwegian TV2 has started their second season of Hver gang vi møtes (Every time we meet), a TV series where seven artists sing each others songs.

The first week of season 2 starts with Anita Skorgan Day and it is filled with Eurovision goodies.
Anita Skorgan entered the contest three times as a singer plus twice as songwriter. Her three Eurovision songs are featured in this episode.
The songs from this episode have been released through iTunes and other sources, it features all studio recordings. A CD will be released on februari 4 on EMI Norway. This will include 25 tracks from seven episodes, so I don't know yet which tracks from the Anita Skorgans Dag EP will be on it.
Update: The CD Hver Gang Vi Møtes, Sesong 2 has been released. It includes three tracks from Anita Skorgans day (marked * below). 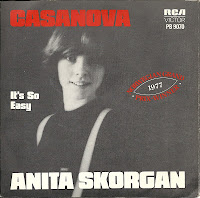 The following tracks are on the digital EP, not sure if it's sold outside Norway yet.

Marion Ravn - Casanova*
- Casanova was Anita Skorgans first Eurovision entry (1977). It ended only 15th but was a #4 hit in Norway. Marion was a member of duo M2M who scored an international hit in 1999 with Don't Say You Love Me, a theme song from the first Pokemon movie.

Magnus Grønneberg - Hvor Er Du Nå
- Hvor Er Du Nå is a Skorgan song from 1981 originally released on the album Pastell.
Grønneberg is known as the lead singer of CC Cowboys (no, me neither....) and has released two solo albums in the early 00's. 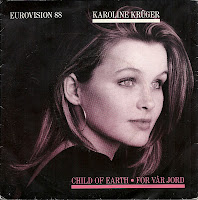 Ole Paus - For Vår Jord*
- For Vår Jord, Norways 1988 entry was performed by Karoline Krüger and ended 5th in the contest. The song is written by Anita Skorgan who recorded a version of the song herself in 2009 for her compilation album Hele Veien - 47 Utvalgte Sanger. Anita also featured as a backing vocalist for Krüger at the contest.
Ole Paus is a celebrated singer-songwriter who has released 30 albums since 1970.


Lene Marlin - Is It True
- Is It True was originally released in 2008 on Anita Skorgans Christmas album Julenatt. Lene Marlin is best known for her hit Sitting Down Here.
- 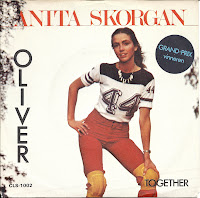 Kurt Nilsen, remember him? He was the winner of the one-off world wide talent show World Idol, where eleven local Idols winners battled it out for this prestigious title that (rightfully) never was to be repeated again.
He scored an international hit with She’s So High and made a nice living for himself in Norway scoring several #1 hits and five very successful albums.
At the time of writing Nilsens Adieu is #1 in the iTunes charts.
A new album Inni En God Periode will be released this week, (but Adieu is not on the tracklist)

Anita Skorgans Hele Veien compilation album is available at BeaRecords. All songs mentioned above are included on the 2CD in their original versions, except For Vår Jord, which is a re-recording by Anita Skorgan. 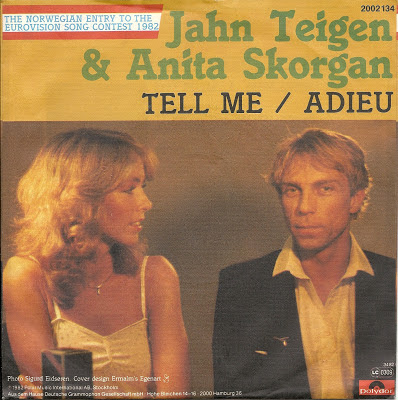 
And don't forget to check out The Malmö Collection, collecting all details on the releases of the 2013 Eurovision Song Contest.

Posted by Eurocovers at 7:19 AM No comments:

A Very Happy New Year to all friends of Eurocovers, may 2013 bring you something wonderful you haven't even dreamt of.
And lots of great music.... 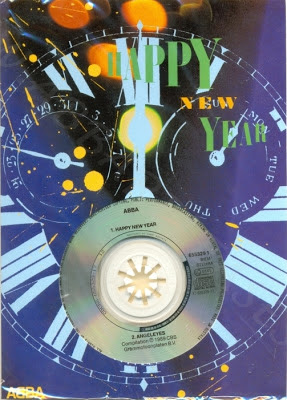 And don't forget to check out The Malmö Collection, collecting all details on the releases of the 2013 Eurovision Song Contest.

You can also find us on Facebook
Posted by Eurocovers at 6:57 AM No comments: