Portugal decided to stay home for the Malmö contest. Sad of course, but they can make it up to us by sending Ricardo Oliveira when they return in 2014. All he needs is someone to write a classy tune and record it with the orchestra as featured in the videoclip above. 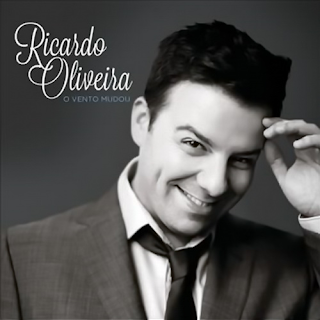 The clip, O Vento Mudou (The wind changes) is a coverversion of the Portuguese 1967 entry originally by Eduardo Nascimento (12th place).

The song (released as digital single) is taken from the album which also bears the title O Vento Mudou which was released in Februari.

I'm loving it, Oliveira's great voice and fab orchestra give the song a new lease of life, very different from the (also amazing) original. 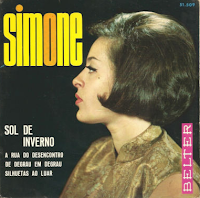 Another Eurovision related cover on O Vento Mudou is Flor Sem Tempo (Timeless flower) by Paulo De Carvalho. The song finished 2nd 1971 Portuguese national final.
From the 1976 Festival is No Teu Poema a song that ended third in the final with all songs by Carlos Do Carmo.

From Idols to The Voice
Ricardo participated in A Voz De Portugal (The Voice Of Portugal). He finished second, but it enabled him to record this album, 10 years after his first record* and his lauch at Ídolos, Portugese Idols (where he also finished second). (2003).
In the Idols final one of the songs he performed was Chamar A Musica, the 1994 Portuguese entry by Sara Tavares. At the final of A Voz Sara and Ricardo performed a duet: Bom Feeling.

Special thanks to José Antonio!
Ricardo Oliveira Facebook
Full tracklist and a downloadable medley to sample the album are here at Universal Portugal
I don't know about the availablity of the album worldwide, but the CD is available at FNAC Portugal and the digital is at iTunes Portugal.
For the Netherlands Ricardo's digital releases are available at MegaMedia. Germany: Amazon
O Vento Mudou releases and coverversions.
Eduardo Nascimento released O Vento Mudou on an EP (Decca PEP 1193). He also released an English version Listen, released on a Decca promo EP with a front sleeve identical to the original EP.

Here’s a list of coverversions of O Vento Mudou that I know of and that have been officially released. If you know more, please let me know. 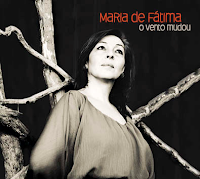 Here's a sweet video from Uzbekistan. Umidaxon's Dema Dema is a coverversion of Show Me Your Love by Tina Karol. (7th place for Ukraine in the 2006 Athens Eurovision) 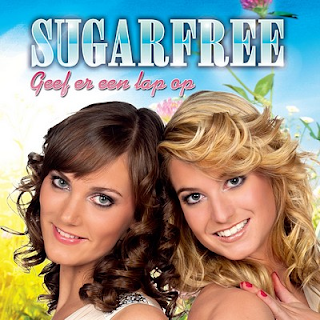 Here's Belgian duo Sugarfree with their version of the 1981 Eurovision winner Making Your Mind Up by Bucks Fizz.
Sugarfree (Gildy Florus and Nathalie Prins) already released a few radio hits in Belgium and hopefully they will break through in the charts with this one.

Geef Er Een Lap Op (Go for it, liberally translator ed.) is available through digital sources but also out on a one track cdsingle (CNR Damaro).
Digital at amazon, iTunes, Megamedia (NL) 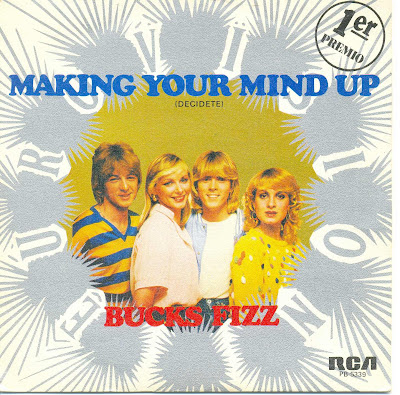 U.K. winner Making Your Mind Up by Bucks Fizz may be remembered of the skirt ripping gimmick, but the chirpy Eurovision jive also has proven itself as a true Eurovision classic.
The band went on to have an impressive string of hits including the magnificent My Camera Never Lies and the useful for Christmas hit The Land Of Make Believe, which was another international #1 for the band.
Two years ago the Fizz celebrated the 30th anniversary of the song by releasing a new version. (CD Up Until Now (The 30th Anniversary Hits Collection)).

Special thanks to JB!!!!

Posted by Eurocovers at 10:26 AM No comments:


Found a coverversion of the 2013 Swedish entry on the tube. The band are Outtrigger (no, me neither) and their version of Robin Stjernbergs You is destined for the highly coveted interval spot of Melodifestivalen 2014. Great stuff.

Find out more about You by Robin Stjernberg and Melodifestivalen 2013 here at the Malmö Collection.
Posted by Eurocovers at 11:23 AM No comments:

Beam Me Up Bonnie!


With Bonnie Tyler being the U.K. singer for Malmö it's a good moment to take a look at this one, where things boldly go in ways unexpected.
Lin Yu Chun from Taiwan duets with the one and only William Shatner, Captain James T. Kirk of the Starship Enterprise. The clip is from the Lopez Tonight show, a U.S. late night show hosted by George Lopez (TBS). 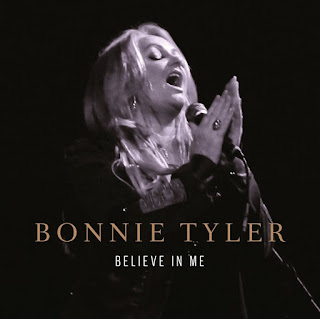 Total Eclipse Of The Heart written by is a classic and Bonnie's biggest hit to date.
The song is written by Jim Steinman, the man who made Meatloaf the 80's staple diet and who gave Celine Dion It's All Coming Back To Me Now.

I love Startrek and William performing as a "singer" is one of those Space Oddities that make the universe such an exiting place to be part of.

Lin Yu Chun (林育羣) is no stranger to Eurocovers. The Taiwanese One Million Stars talent show sensation recorded a coverversion of the U.K. 2009 entry It's My Time (Jade Ewen).
More about that one here at Eurocovers.

Bonnie Tyler will represent the United Kingdom with Believe In Me from her new album Rocks And Honey.
Bits about Bonnie 2013 here at the Malmö Collection

Posted by Eurocovers at 7:13 AM No comments: