Italian singer Flo Sandon's (born Mammola Sandon) died last week (17-11) at the age of 82.
She never graced the Eurovision stage but in 1953 she won the 3rd San Remo contest with Viale d'Autunno. (The song was also performed by Carla Boni)
She performed 15 songs in San Remo contests from 1953 to 1963 including a 4th place in 1954 with Notturno.

You can find all her San Remo participations detailed HERE

I haven't found any CD's collecting her work but several songs feature on all kinds of Sanremo compilations. I guess it's a matter of finding 78rpm's and EP's in your local 2nd hand store for now.
Flo Sandon's (The 's was an accident made by the designer of her first record sleeve) also covered (at least) three Eurovision tunes. Refrains, Amami Se Vuoi and Al Di Lá.

Flo Sandon's - All songs in Italian

Posted by Eurocovers at 11:14 AM No comments:

If I Had Your Lovski 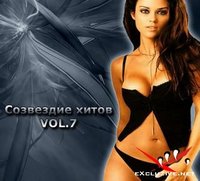 Анастасия Стоцкая, Anastasia Stotskaya, well known for her participation in the 2005 Russian selection with 'Shadows dance all around me' has recorded a Russian version of Selma's 2005 James Bond like entry 'If I had your love'.
It's titled Vso za lyubov - Все за любовь and I found it on a Russian compilation 'Созвездие хитов 7', with a Bond Babe style lady on the cover, so the circle is round. (Pic: not Anastas!a).

The Russian version has a new arrangement compared to the English language coverversion Stotskaya recorded last year, which was recorded with Selma's original instrumental recording. That demo wasn't officially released back then but I found this recording on a 200 track mp3 disc offered on internet which doesn't seem to be very official to put it mildly.

Another Eurocover, 'Music & Me', is Stotskaya's Russian version of 'I can't live without music', The Siegel song that made Corinna May make a fool of herself back in 2002...

Anastas!a was also in line for a Russian Six4One style recording of the Swiss 2006 entry 'If we all give a little', which was supposed to be recorded in Russian with 6 stars from CIS countries, but I guess that plan never substantiated.

Anastas!a: Vso za lyubov (Russian) - If I had your love - Music and Me
P.S. Anastasia should have a go at representing Russia again in the near future if you ask me. No more bad haircut guys with weird piano antics plz.
Posted by Eurocovers at 8:29 AM No comments: 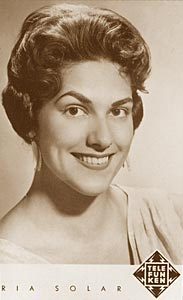 Marie Dieke was born as Maria Riemvis in the Netherlands in 1936.
Her biggest claim to fame in the Netherlands was 'In de bus van Bussum naar Naarden' she recorded with the Skymasters in 1956 (as Maria Dieke).
She had already followed her husband to Sweden by that time and the story goes that she behaved like a true diva when she was back in the Netherlands for the recording.
Other well known Dutch recordings are Chocolade, Hernando's Separee and Zambesi. 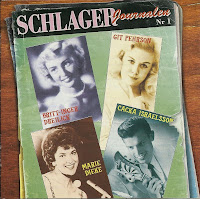 Schlagerjournalen
Above songs were recently issued on a great CD Schlagerjournalen 1. There's also no 2 and 3 and all cds include great Swedish 50's and 60's songs, several with a Eurovision or Melodifestivalen connection.
For example: Schlagerjournalen 3 features the first time release of Swedens 1968 entry in English by the original artist Claes-Göran Hederström.
Other songs on the 3 cds are Gerd Person's cover of Tom Pillibi, Britt Dambergs 1960 Melodifestivalen songs Alexander and Nancy Nancy plus several cover versions of early Melodifestivalen songs. (Which wasn't called Melodifestivalen yet, I know)
The cds are highly recommended for the songs but also for the fab sound quality.
Update 2013: Six years on, You'll have to search a little bit harder if you want the CDs, as they seem to be discontinued at the regular CD stores, but the digital versions are still available through all the Tunes and what have you. 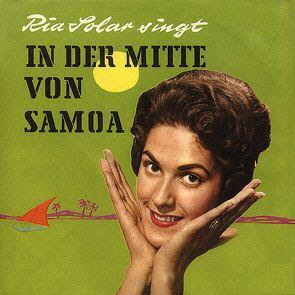 UPDATED 16-09-07 (Thanks Thomas!)
For the German market Marie Dieke used the pseudonym Ria Solar. (See top picture)
Her German recordings were re-released by BearFamily records on the CD 'In der Mitte von Samoa'.
On this CD you can find one Eurovision cover and a coverversion of a UK preselection song.

ANOTHER UPDATE 21-09-07 (Thanks Erik!)
Another coverversion by Maria Dieke to be added to the collection is of a popular Danish pre-selection song. Skol Cha Cha Cha is a version of the 1959 song Latinersangen (Peblinge cha cha cha) originally by Birthe Wilke and Preben Uglebjerg. It ended 3rd in the Danish selection. Marie Dieke recorded it in Swedish with Charlie Norman (EP Columbia SEGS 62). The track is also on the CD Schlagerjournalen 1 (see above)
Posted by Eurocovers at 9:09 AM No comments:

Jamaica, Can I have your votes please? pt. 1 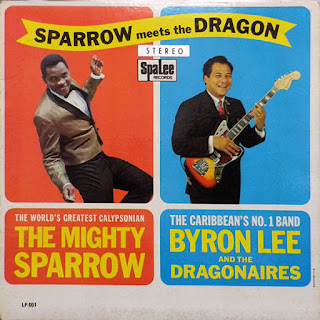 Not very likely that Jamaica, home of Reggae music, will ever participate in our beloved contest anytime soon, but then, no one imagined Jamaica at the Winter Olympics either.
In the 60's and early seventies some of the great Eurovision hits found their way to the Caribbean island so famous for its music and were covered by local singers from the 60's to (almost) present day.
Don't expect Bob Marley style militant Jah praising revolutionary stuff though, it's often more reggae of the Lovers Rock variety.
'Puppet on a string' must have been a popular tune in Jamaica as at least 15 artists from Jamaica have covered the song.

Byron Lee is the most active of them all, having 5 coverversions to his name.
Although very popular at home, his only worldwide claim to fame is 'Only a fool' with the Mighty Sparrow, a 1969 song that became a big hit in the mid 70's.
He has released many cds featuring reggae, soca and soft pop.

* Puppet on a string versions will be featured frequently in this blog in 2007 to celebrate Sandie Shaws birthday and the 40th anniversary of her Eurovision victory. Year Of The Puppet.
Check out Jamaican versions by Ken Boothe, Tyrone Taylor, Enos McCloud and Paul Sinclair.

Posted by Eurocovers at 10:30 AM No comments: 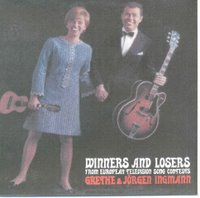 The LP features 11 coverversions (in English) of Eurovision songs plus a new recording of their own 1963 winner Dansevise (I loved you).

Even though it's never a good idea to have the word Losers in your album title, this is a lovely LP with smooth interpretations which has never been rivalled by any other coverversions project since.
Mixing Jörgen Ingmanns guitar magic with the laid back jazzy vocals of Grethe, they hardly ever stick close to the original versions of the songs.
The LP is a bit remeniscent of Julie Jondon's 'Julie Is Her Name' album, but with better songs of course.

Stand out tracks:
So near, yet so far, originally by Monica Zetterlund, which in any other universe is one of the greatest vocal jazz classics ever written.
Que bueno, que bueno in which the fiery Flamenco is exchanged for a gipsy guitar flavoured bossa rhythm.

Side 2
This is my prayer (Non ho l'eta)
We, who are in love (Nous les amoureux)
Merci Cherie
So near, yet so far (En gång I Stockholm)
Mallory (Le chant de Mallory)
I loved you (Dansevise)


It's not an easy to find LP and an official CD re-issue (with bonus tracks please) is long overdue. 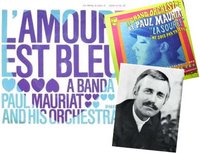 There is no better way to kick off this blog than with a tribute to the man who has the most successful Eurovision cover to his name: Paul Mauriat, the French orchestra leader who died last week at the age of 81.

His instrumental version of Vicky's L'amour est bleu (music by André Popp) was a worldwide hit in 1968, a US number 1 and probably the second most sold Eurosong ever.
Since then every selfrespecting orchestra, hammond wizzard, accordion artiste, ukulele genius or moog magician has recorded the tune as an instrumental, leaving the original lyricist Pierre Cour a bit short on cash.

The man et son orchestre recorded many Eurovision songs and even re-recorded his big hit in a disco version in 1976 for a 12"inch.

Love is blue - 1976 disco version with the added bonus of autenthic vinyl crackling sound for your entertainment.
Posted by Eurocovers at 10:00 AM 1 comment: