Benjamin Bates - This World Needs More People Like You 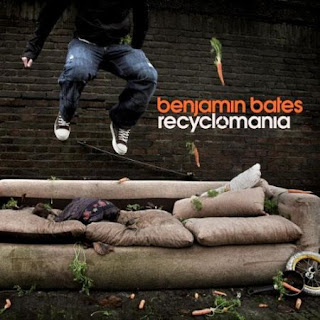 I have just been listening to the Benjamin Bates album Recyclomania at his website and ordered it straight away.
Sexier than Mylo, happier than Vitalic, poppier than Tiesto and certainly more productive than Pay-TV, Bates produces a collection of amazing dancy electro Pop gems.
Recyclomania includes the single On My Feet (This World Needs More People Like You) which is the theme tune for Dance4Life 2007.
-
Dance4Life is an international project involving young people in pushing back HIV and AIDS, and in fighting the stigmas and taboos that surround them. 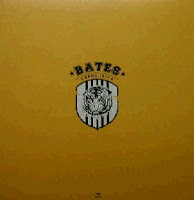 As this is Eurocovers I have been listening very carefully for a Eurovision connection on the new Bates album, but there isn't any, so we'll have to make do with his brilliant 2003 single Thin Time, which is a fab dance track based on a sample from the 1986 Belgian Eurovision winner J'aime la vie by Sandra Kim. Technically not a coverversion but a must hear anyway.
The track was released on 12"inch and cdsingle (ID&T records) and has become a bit of a a hard to find collectable.

Benjamin Bates Internet Hideout
Posted by Eurocovers at 9:24 AM No comments: 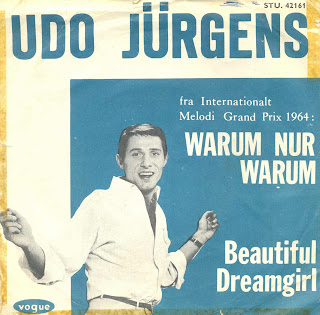 I was just checking the Matt Monro Jnr website to see how his second album If He Could See Me Now is shaping up only to discover that Walk Away has been scrapped from the initial tracklist. Shame really, as it would have been perfect Eurocovers promotion for the album.


Who and WhatMatt Monro is a British singer who enjoyed huge success in the 60's and Matt Jnr. is his son singing dads songs and currently working on his second album. 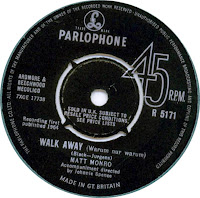 -
-
-
Matt Monro Snr. (1930-1985) entered the Eurovision song contest for the U.K. in 1964 with I Love The Little Things, ending 2nd, but it was another song from the 1964 contest that became a famous standard still being recorded today.
It was Udo Jürgens' first of three consecutive Eurovision entries Warum Nur Warum (Why oh why) that Matt Monro took to the international charts. In English it became Walk Away and it was his 2nd biggest hit. And in Spanish it became Vete Por Favor.
Matt Monro also recorded Merci Cherie (LP This is the life) 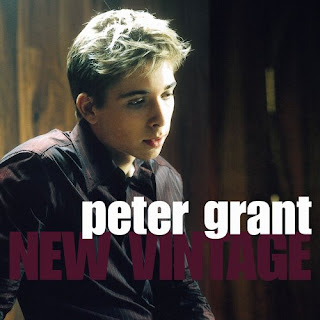 I have only been able to find one coverversion in German, but almost 20 in English, including versions by well known stars like Vicky Carr, Timi Yuro and Brenda Lee. The most recent coverversion of Walk Away is by Peter Grant, a modern new swing pop crooner who recorded it for his acclaimed 2006 CD New Vintage. 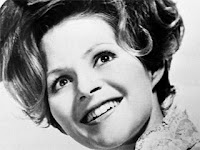 -
-
-
The coolest version here today is by Brenda Lee. American Rock'n'roll star a.k.a. Little Miss Dynamite. She recorded two English version including one in 1969 with Richard Williams (LP Johnny one more time (Decca DL-75111, 1969), but the most interesting is of course her featured Japanese version.
International hits like I'm Sorry, Sweet Nothin's, Fool #1 and All Alone Am I made Brenda Lee the most popular female singer (with the most hits too) of the 60's.

You can find a YouTube clip of Brenda Lee Singing the song with the Casuals, with Brenda singing in Japanese. The Casuals also recorded the song themselves. 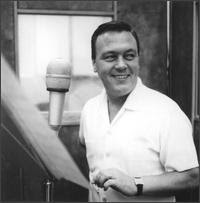 So, sadly Matt Monro Junior hasn't recorded his dads → Eurovision song and neither the big Eurocover hit, but still it's worth while to take a look at his website.
Peter Grant has a great new CD Traditional out this week available from all sources (but no Eurocovers there)
And Udo Jürgens of course went on to win the Eurovision song contest in 1966 with Merci Cherie and still is one of the biggest stars in the German speaking countries today.
He recorded many versions of Warum Nur Warum (see doc) including a live version with the Supremes (post-Ross though) and several versions in Italian, Spanish and English.
--------

Udo Jürgens' work will be celebrated in Mamma Mia style when in december the musical Ich War Noch Niemals In New York (I've never been to New York) premieres in the Operettenhaus in Hamburg. The musical features 23 of Jürgens hits including Merci Cherie (but not Warum Nur Warum) used in a story about an ambitious TV show host and her neglected mother.
-
-

RELATED POST: You can find a version by Byron Lee in the Eurocovers post Jamaica Can I Have Your Votes Please (part 1)
More Udo Jürgens at Eurocovers to follow soon….
Posted by Eurocovers at 11:44 AM No comments: 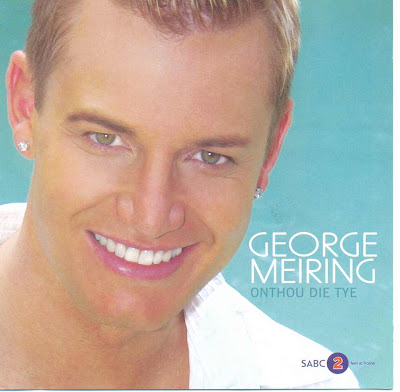 EUROCOVERS SUPERSTAR
George Meiring shot to fame in South Africa with Supersterre, the TV talent show hosted by Patricia Lewis* and Brendan October. (Sort of Idols South Africa.)
He now has released his CD Onthou Die Tye (Remember the times) on Sony BMG and it's a great album for Eurocovers fans, as well as many others.
George recorded coverversions of two Eurovision Songs on this CD.
Track 4 is a quite straightforward version of Every Song Is A Cry For Love, the Irish entry that ended 10th in 2006 by Brian Kennedy. If one thing, it shows again how good that song actually is.
The other Eurovision song is a real treat, the song Liedjie Vir Danella (Song for Danella, track 2) is a coverversion of the Norway 1994 entry Duett, which ended 6th and was performed by originally by Bobbysock Elisabeth Andreasson and the late Jan Werner Danielsen. In this version, sung in Afrikaans, George is accompanied by Supersterre host and a favorite of Eurocovers Patricia Lewis*.
The Afrikaans lyrics were written by Mariska Laas.

YOU RAISE ME UPBoth Eurovision songs come together in George Meirings version of You Raise Me Up. That song, written by Duett composer Rolf Løvland ** and Brendan Graham *** was a big hit in the UK and Ireland for Brian Kennedy as a tribute to George Best. In the US the song was a #1 for Josh Groban and Westlife scored a European hit with the song in 2005.
You Raise Me Up , inspired by the Irish traditional Danny Boy, was first recorded by Eurovision winners Secret Garden (Løvlands band) on their CD Once In A Red Moon (2001) and it has been covered over a 125 times in just 6 years.
And now it's George Meirings turn.
There are more interesting covers on the CD. Another big tune is Jy (Du), a big hit in many European countries in the early 70's for Peter Maffay. The CD closes with a medley of Africa songs like Pata Pata and The Lion Sleeps Tonight.
All in all Onthou Die Tye is a very good CD and George didn't fall into the trap of trying to show off he can do everything by recording a mish mash of songs. Onthou Die Tye is a well presented complete collection of songs, which makes the full CD very enjoyable in it's totality. 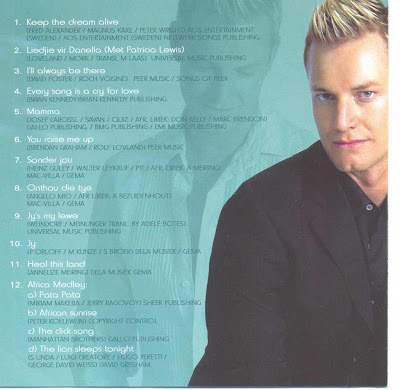 COMPETITION
And for the very first time in history there's a prize to win at Eurocovers. You can win the George Meiring CD Onthou Die Tye if you answer the following question (correctly) and send it to me in an e-mail. with your details.

What place did George Meiring finish in the South African Supersterre talent show (2006 edition)?.
Hint: You can find the answer is at George Meirings MySpace

Your name will go in the big hat with the ones of the of the other website running this competition and 2 lucky winners will be drawn and will get the CD at their doormat.
This competition is in co-operation with OGAE Rest Of The World, Roy van der Merwe and ESCkaz.com.
COMPETITION IS NOW CLOSED

LINKS and Stuff
- George Meirings MySpace, listen to four songs from Onthou Die Tye.
- Sony/BMG South Africa - Use the artists search to read more about George Meiring (in Afrikaans)
* Find more about Patricia Lewis and other Afrikaans Eurocovers in this Eurocovers Post.
** Rolf Løvland of course wrote also both Norwegian Eurovision winners to date. La det Swinge (1985) and Nocturne (1995 text Petter Skavlan) and the 1987 entry Mitt Liv (co written with the other Bobbysock Hanne Krogh)
Nocturne is the most covered Eurovision song since 1982's winner Ein Bisschen Frieden.
*** Brendan Graham also wrote two Eurovision winners: the Irish Eurovision entries of 1994 (Rock'n'Roll Kids) and 1996 (The Voice) plus the Irish entries of 1976 (When) and 1985 (Wait Until The Weekend Comes)
- It's the first coverversion for both Duett & Every Song Is A Cry For Love in the 10.000 coverversions project list.
- You Raise Me Up at Wiki. The song was also recorded by artists like Kenny G., Il Divo, Russell Watson, Daniel O'Donell, Sissel Kyrkjebø, Michael Ball (Eurovision 1992), Sanna Nielsen (MF regular), Samantha Mumba with the Celtic Tenors and Britain Got Talent sensation Paul Potts.
- The new series of Supersterre starts tonight (07-09-07) on SABC2
Posted by Eurocovers at 6:59 AM 1 comment: 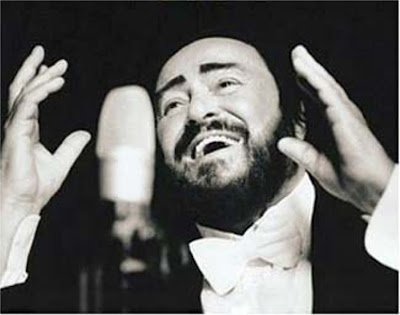 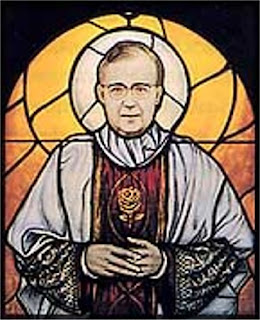 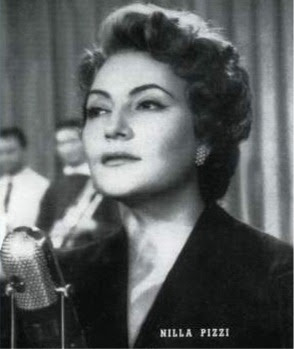 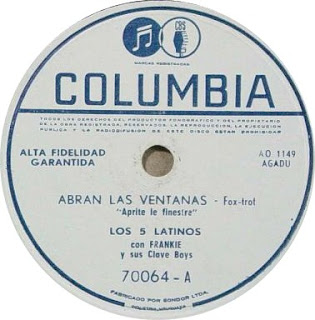 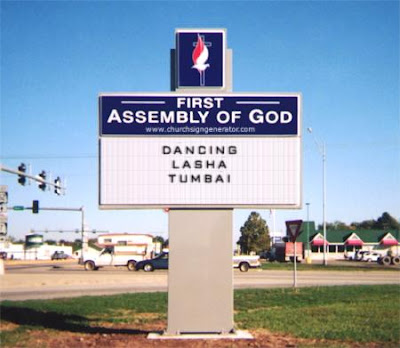