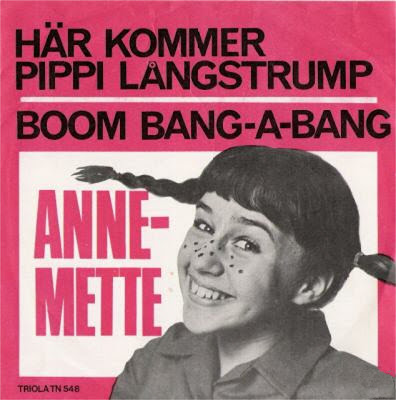 Greece is the word: Bessy Argyraki 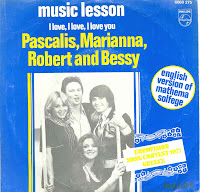 A compilation CD by Bessy Argyraki was released in Greece including several 70's Eurocovers.
Bessy Argyraki represented Greece on their 3rd entry in 1977: Mathema Solfege (A music lesson) by Pascalis, Marianna, Robert & Bessy.
The song was the most succesful Greek entry until Antique / Helena Paparizou came along in 2001 and it was a hit in several countries.It's also one of the most covered Greek entries.
- 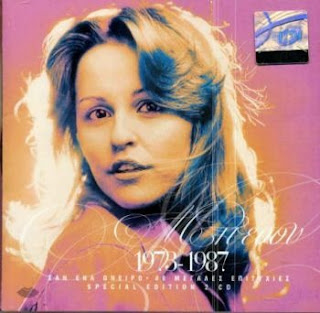 --
-
As the Robert Williams Group (minus Marianna Toli but with with Rena Pagkrati & Takis Antoniadis), they recorded several Eurovision entries from 1975 and 1976, all sung in Greek.
On the new Bessy Argyraki 2CD San ena oneiro you can find five of them.
The 40 track 2CD also includes Mathema Solfege and coverversions like ABBA's S.O.S., Dolly Partons Jolene & 9 to 5, three hits from Grease (no pun intended) & A far l'amore comincia tu by Rafaella Carra.

The CD is available from several Greek music shops and at http://www.123play.gr/ as download.
- 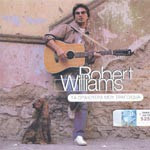 
ΜΑΘΗΜΑ ΣΟΛΦΕΖ BONUS - An unreleased studio version of Mathema Solfege by Belorussian talentshow stars Corianna & Aleksey Khlestov titled Urok Solfedgio (Урок сольфеджио) sung in Russian.Emor Shalom - We'll live it all again - Cinema - Urok Solfedgio - and from an earlier Eurocovers post : Pump Pump
Help Wanted: I would like to find out about the original releases of all above mentioned Greek coverversions (incl. those from the CDs) I know some were released on single and LP, but if you have any specific details (title, label) they would be very welcome. 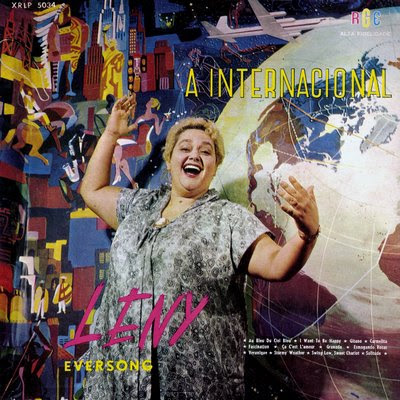 Brasilian 50's superstar Leny Eversong (1920 - 1984) is another example of a singer whose amazing music I discovered through my search for coverversions of Eurovision songs.

The singer is big enough to fill the gap between Yma Sumac and Ella Fitzgerald and especially her international work reminds of both these singers. 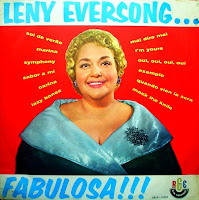 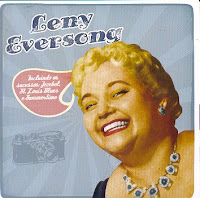 A good new compilation CD is Grandes Vozes - Leny Eversong which includes both Muito Alèm and Au Bleu Du Ciel Bleu and timeless classics like Summertime, Fascination, Jezebel and Night and day. Available internationally from Sambastore and other internet shops.

You can find a fantastic 1957 Leny Eversong LP and Fabulosa! at Loronix, a highly recommended blog for all kinds of music from Brasil. 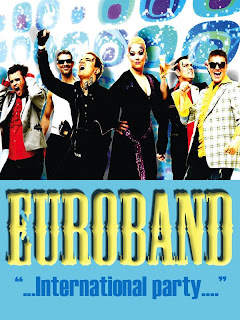 Eurobandið (The Euroband..., sounds more exotic in Icelandic really) are Icelandic popstars Friðrik Ómar and Regína Ósk who got together in 2006 to create a live show with coverversions of Eurovision songs. They played several festivals in Iceland including last weeks Gay Pride and basically guarantee a great party.
The keyboard player in the band is Grétar Örvarsson, who entered Eurovision with Stjórnin in 1990 (Eitt lag enn, 4th) and with Heart 2 Heart in 1992 (Nei Eða Já, 7th), the two best results for Iceland until Selma ended 2nd with All Out Of Luck in 1999. (or: until the free language rule was introduced)

Eurobandið haven't released any CDs yet but at their MySpace you can download a live Eurovision medley and an Icelandic studio version of Bucks Fizz' Making Your Mind Up (Við Sigrum Að Ári). (Use the download function in the MySpace player, it works!)

In this Eurocovers post you can find Friðrik Ómar's version of the 1994 Eurovision winner Rock 'n' Roll kids. (Ef pú piggur pad)
Posted by Eurocovers at 9:56 AM No comments: 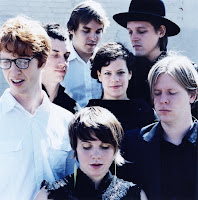 In the Eurocovers post about Poupée De Cire Poupée De Son I already mentioned that Arcade Fire covers the France Gall hit from the top 10 most Eurovision songs in their live shows.
-
Good news and bad news. The song will get a release on a split 7" inch single (other side by LCD Sound System) but the limited edition vinyl will only be available at their US tour gigs starting in september. (that'll be e-bay then for most of us)
Check the tour dates at http://www.arcadefire.net/ and see the video at YouTube.

Another great version of the song by Supersansplomb from Belgium can be heard on their MySpace. LINK RESTOREDA Dutch coverversion of Poupée... will be released in the Netherlands next month. It's on Spinvis forthcoming CD Goochelaars en geesten (Magicians & Spirits), a collection of rarities, previously unreleased stuff and other oddities. The song is titled Was (Wax).
Posted by Eurocovers at 9:48 AM No comments: 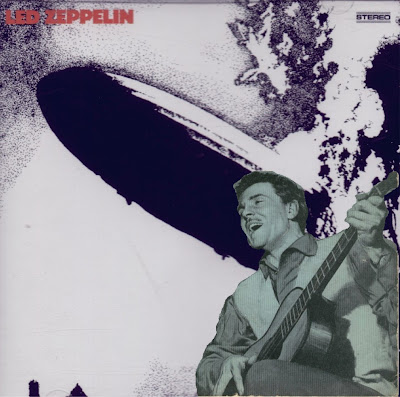 Two rock covers with a similar brilliant thought: let's make people think we're Led Zeppelin.
Both songs here start with the famous intro of Whole Lotta love and before you know it even the most hardcore prog-rock die-hard is lured into a Eurovision tune.
-
Black Ingvars recorded several Eurovision songs with the same trick. Their Främling for example is mixed with Stairway to heaven and Diggi Loo Diggi Ley starts with the opening chords of Van Halens Jump.
The track featured here is a version of Det Börjar Verka Kärlek, Banne Mej (Damn, it starts to look like love) originally by Claes-Göran Hederström. The song finished 5th for Sweden in the Contest in London in 1968. 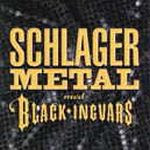 The Ingvars 1998 CD Schlager Metal features 13 Eurovision and Melodifestivalen (Swedish preselection ) covers plus their own MF entry Cherie (5th in 1998). Couldn't find a webshop that still stocks it so you have look for it in the 2nd hand shop or auction sites.

The Chorrojumo take on Whole Lotta Love is yet another version of Volare, but this time it Rocks!. From their 2006 CD-EP Malavida!

Маргарита Радинска - Кукла на конци
It's still Year Of The Puppet at Eurocovers and here's a 'new' language version of Puppet On A String to be added to the list.
It's a Bulgarian version by Margarita Radinska titled Kukla Na Koncu.
(Balkaton BTK 2840-1) (Listen here, Youtube Audio)

I have also updated the Year Of The Puppet post about Florbela Queiros with some release details and a gorgeous picture sleeve. 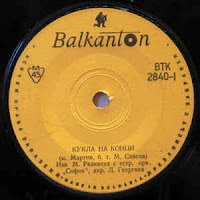 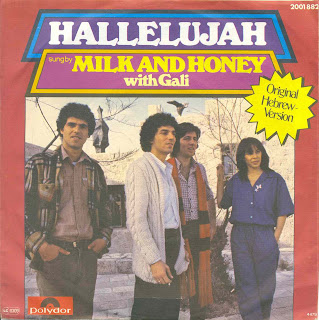 I received several reactions on the 10.000 Eurovision coverversions top 10 list and posts, most positive (thanks) but there are a few things I’d like to clear up.
The top 10 of most covered Eurovision songs is the top 10 from the list of Eurovision coverversions I have been keeping track of since about 1989.
So 18 years of keeping and collecting information from record collections, internet sources and especially information that was sent to me by other collectors over those years.
I can just do so little to answer the question ‘Why is Hallelujah / Congratulations etcetera not in the top 10?
-
הללויה
The composer of Hallelujah, Kobi Oshrat allegedly claimed some years ago there were 500 versions recorded of the song, (something with a lawsuit over recording rights was going on) but I have only been able to find info on 120.
Same with 'Sir Cliff's Congratulations just missing out on a top 10 spot with 140 listed versions.
Titles like Hallelujah, Congratulations, La La La, Romantica etcetera are not the easiest to research on the internet and of course there are more versions of these songs than I have listed. I’m not claiming my lists are in any way conclusive, but I think they are the only ones of its kind you’ll find anywhere so please appreciate my work and make use of it while you can.

Here’s the list of Hallelujah’s, currently the 17th most covered Eurovision song in the 10.000 coverversions list. The song was written by Kobi Oshrat with lyrics by Shimrit Orr.
If you think the song belongs in the top 10, start sending your versions and information to me. 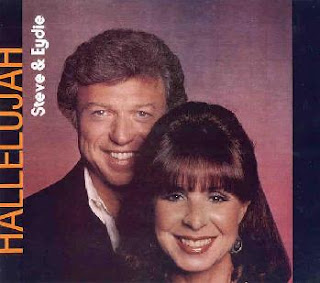 And to listen to some music here's two versions of the song, hard to pick any favorites though, as most are even cheesier than the original.
Eydie Gormé & Steve Lawrence first released the song under the name Parker & Penney (7" USA Warner WBS 887) but it can also be found on LP/CD releases under their 'own' name.
The Crossfire track is a powermetal version, although it wouldn't be out of place in a 70's broadway musical either. Sung in Hebrew.


Hallelujah! - a document..
Word.doc featuring all versions by Milk and Honey plus a list of coverversions of the 1979 Eurovision winner from Israel.

Екатерина Черноусова
A sublime Jazz version (in Hebrew) of Hallelujah is available at a russian Jazz site. The site in Russian and English features a version by The Rooms (Комнаты) featuring Ekaterina Chernousova from their 2005 CD Im Telech and is something different from the usual hands in the air versions of the song. (for the downloads scroll halfway down the page)
In the Eurocovers post Noisy Israeli's you can find some coverversions by Australian punkers YidCore including their ultimate partyversion of Hallelujah.
For a groovy Thai movie version of the 1978 Israel winner A Ba Ni Bi check out this Eurocovers post.
Posted by Eurocovers at 12:04 PM 1 comment: