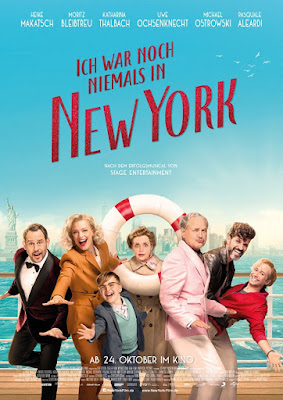 Udo Jürgens would have been 85 last month. But he died. Five years ago.
He’s probably the most prolific songwriter ever to appear on the Eurovision stage. He wrote about a 1000 songs, sold 100 million records and represented his home country Austria three times at the Eurovision Song Contest. The 3rd time he won, with Merci Cherie (1966).
It is said that even Sir Elton John has expressed his envy toward Jürgens’ songwriting talent. 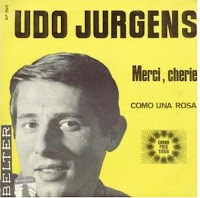 In 2007 his songs were forged into a musical Ich War Noch Niemals In New York and your Eurocovers wrote a bit about that here.

Now there’s a movie of the musical, again drenched in Udo’s music. Ich War Noch Niemals In New York the Movie is in German and now playing in theaters in Germany, Austria, Switzerland and Luxembourg.
The Philip Stölzi directed movie stars Heike Makatsch, Moritz Bleibtreu, Katharina Thalbach, Uwe Ochsenknecht, Michael Ostrowski, Pasquale Aleardi, Marlon Schramm and Mat Schuh.
Reviews are mixed, from raving to raging.
I haven’t seen it but I can’t wait for the DVD with subtitles (expected in June 2020, also on Blu Ray if you're into that).

The Soundtrack
One Eurovision song made it to the film, Merci Cherie is performed by the ever gorgeous Moritz Bleibtreu. (but a very short version at 1.38).


The music from the film is out on CD and deluxe 3CD set. Disc one has the songs from the movie, the bonus discs have all kinds of tributes and coverversions featuring artists like Pepe Lienhards orchestra (Jürgens’ touring band leader for 37 years!), Matt Monro (the amazing If I Never Sing Another Song), Nana Mouskouri, Heino, Caterina Valente, Milva and many more. (see image below for tracklist)
Digital?, not so much, it seems Spotify doesn't want us outside the German speaking countries to hear it. Same for Apple music, maybe iTunes has it but it doesn't show up here.

Links
Mamma Mia It's Udo! (2007 post about the original musical)
You can find out about Udo Jürgens Eurovision entries and their versions on page three and four of the Eurovision Collectors Guide (via our facebook page, open to all).

IWNNINY, der Film has a Facebook page
A trailer for the movie.
Udo Jürgens Website
Walk Away - Warum Nur Warum at Eurocovers 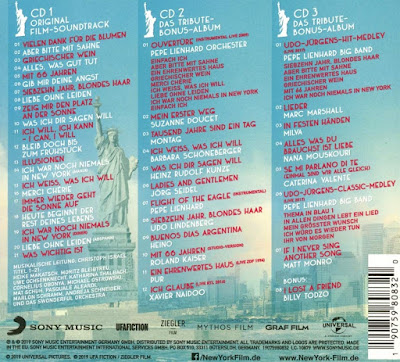 Posted by Eurocovers at 11:52 AM No comments:

Here's an older post that's popular again right now, so, worth moving it up. Did a bit of an update too, still completely and utterly awesome.
After Poupée De Cire, Poupée De Son and L'Amour Est Bleu I really hope the band someday will discover the Gainsbourg Genius that is Boum Bada Boum by Minouche Barrelli. 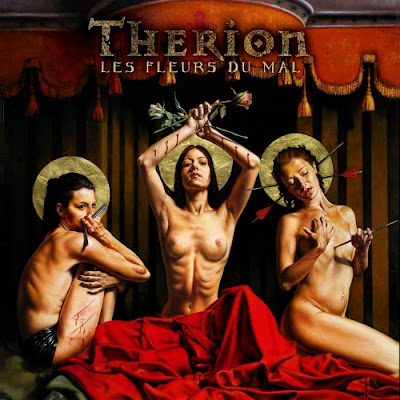 (From 2012) Here's something completely and utterly awesome. Swedish Symphonic metal band Therion, formerly known as Megatherion, have released their 15th(!) album and it's a collection of French 60's and 70's songs including some well known classics (and quite a few obscure gems). The classiest of classics is of course Poupée De Cire, Poupée De Son*. 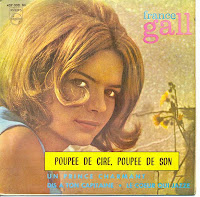 The album is out in October 2012 and is titled Les Fleurs Du Mal (The flowers of evil).
There are two versions of the 1965 Eurovision classic on the CD along with unforgettables like La Maritza (Sylvie Vartan), Polichinelle (Another France Gall hit), Initials B.B. (Serge Gainsbourg) and Les Sucettes (One of the biggest hits for the Gall/Gainsbourg Tandem)**.
See below for the full tracklist and details on the singers who originally recorded the songs.

You can buy the album (and the 2016 EP below) through the Therion website here.
Therium founder Christofer Johnsson is taking a massive risk with this unusual clash of Metal, Opera and YèYe album by financing the project himself, so please support them and Buy It.

2016 update
Therion have also tackled L'Amour Est Bleu (Love is blue), the 1967 entry by Vicky Leandros.
It's on the EP Les Épaves, which was recorded in 2012, so I guess the tracks just didn't make it to the Fleurs album. But the tracks don't sound like leftovers. Go find it in you favorite record store or digitessen. 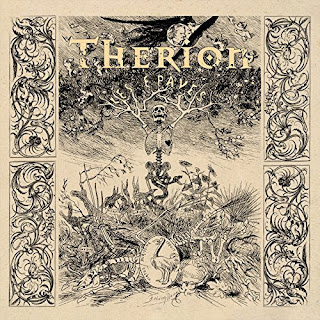 There are two versions of Vicky's Eurovision classic on the EP. Les Épaves was also released on limited edition vinyl 10 inch and cdsingle. Tracklist below.
----------

* You know by know: Poupée De Cire, Poupée De Son is the 1965 Eurovision winner for Luxembourg performed by France Gall and written by Serge Gainsbourg
** Only the version of the album sold at the live shows and the Japanese edition have the bonus track Les Sucettes. - Thank you Gabriel, see comments

Therion have uploaded several clips from the Fleurs album to their Youtube channel. Next to Poupée there are videos of Initials B.B.,  Mon Amour, Mon Ami  of Je N'ai Besoin Que De Tendresse and one of J'ai Le Mal De Toi.

Therion website, Facebook
Also check out Lori Lewis (Therion singer) website.
And ABBA fans: here's a video of Therions take on Summer Night City from their 2001 album Secret Of The Runes.
Special thanks to Olaf and Gabriel. Please see comments.