The strangest Christmas I've ever experienced (I mean: No shopping!) needs its own soundtrack. Eurovision singer Senhit (2011, 2020 and 2021) has been giving us some amazing videos monthly covering Eurovision classics.
The December instalment is this one, Amar Pelos Dois, the 2017 winner for Portugal by Salvador Sobral. Classical singer Jordi Galàn sings along too.
(spoilers) It doesn't get better than the moment Mary hands over the black Baby Jesus for adoption to a same sex couple in their tighty whities. Madonna would be proud (if it was still 1989).
I hope Senhit will release the covers as an album (A CD/DVD set would be nice), but for now they're only on Youtube.
Big Kudo's to the director Luca Tommassini, who surpassed himself again on this amazing video. 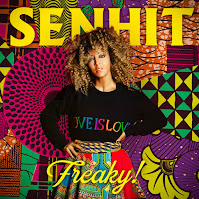 Here's the playlist with all the coverversions Senhit made in her #FreakyTripToRotterdam project.
Amar Pelos Dois, Rise Like A Phoenix, Congratulations, Ding A Dong, Everyway That I Can and Cheesecake.
And in May she did a heartwarming version of Insieme 1992 (Toto Cutugno's winner of 1990)
Her 2020 entry Freaky! is still available through all your favorite digital stores and on the Official 2020 CD.
I really hope she get's a stunning song for the 2021 contest (and don't let Azerbaijan snap it up!).
Merry Christmas Everyone!
Senhit's 2011 page is here at the Düsseldorf Collection
Senhit's 2020 page is here at the Rotterdam Collection
The Rotterdam 2.1 Collection is expected in January
Senhit Facebook
Senhit Website
Posted by Eurocovers at 11:19 AM No comments:

Today I am in the mood for getting this post up to the top. (links may not all work)
Not a Eurocover and way early of course, but how many famous Icelandic Eurovision people do you recognise in this clip? (see below) What a wonderful christmas song. (and I don't do christmas songs very much thank you)
RÚV (Icelandic TV people) should consider sending this to Eurovision. I mean, it's wonderful, it's already finished, no hassle and costs of a multi-round preselection and even if some get the flu, there's enough singers here to do it. It would be the first Christmas song at Eurovision which would be in itself Eurovision History-Book-On-The-Shelf worthy. Consider it....

The Fróstrosir project celebrates 10 years of Christmas music this year.
Here's the Fróstrosir homepage where you can find out if you spotted all the stars. (under Flytjendur)

Posted by Eurocovers at 3:17 PM No comments: 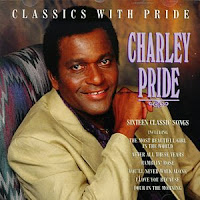 Only a week ago I watched a Country music documentary which included a story about the remarkable history of Charley Pride. It prompted me to dig up his wonderful version of What’s Another Year.
And now I read that the man is not getting another year thanks to that damned you know what.
So sad and poignant. Have a listen below.
Pride’s What’s Another Year was released on his 1991 CD Classics With Pride. (Not to be confused with the 1996 album with the same title).
Charley Pride recorded over 40 albums and scored over 70 hits in the US Country singles charts, of which 30 went to #1.
Find out more about Charley Pride's groundbreaking achievements at his website and facebook.
What’s Another Year is Johnny Logan's 1980 Eurovision winner for Ireland.
Posted by Eurocovers at 7:46 AM No comments: