Here's a video clip from last years The Possible post with the Thai version of the 1978 Eurovision winner A Ba Ni Bi (Izhar Cohen). Now try and sing along
Posted by Eurocovers at 9:37 PM 3 comments:


Hungarian coverversion of the France Gall classic (Luxembourg 1965 winner written by Serge Gainsbourg)
Posted by Eurocovers at 5:15 PM No comments: 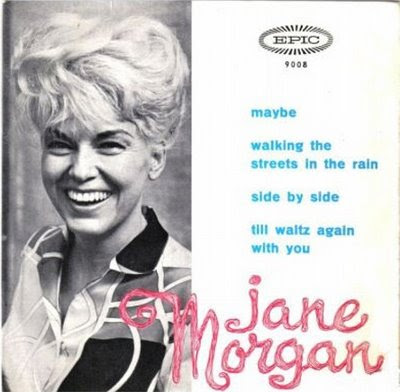 Selecting coverversions for Anno Domenico, the Volare year, isn't an easy task. Hearing the same song over and over again should come with a health warning. There's some hundreds lined up for re-listening and then I always like to find out some more about the artist and before I know it another few hours of my life have been whiled away on the world wide web trying to read languages I don't speak and decypher scripts I can't read . But I often end up concluding that most of the great and interesting Volares are made in America. Crooners, Moviestars and Blonde Bombshells with gorgeous picture sleeves do it for me all the time and so here's another one from that category.
And it's by an American singer who has some more Eurocovers to her name, so that's a bonus for all to be enjoyed. 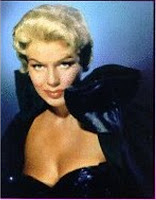 Jane Morgan
Jane Morgan is an American singer born in 1924 whose first big hit was Fascination in 1957. The song, originally a French toujour-vert from 1932, featured in the Billy Wilder movie Love In The Afternoon (with Audrey Hepburn, Gary Cooper, Maurice Chevalier) and became a top 10 hit for Jane Morgan in the U.S.. The follow up hit The Day The Rains Came (Gilbert Becauds Le Jour Où La Pluie Viendra) ended just outside the top 20 in the States but was a #1 hit in the U.K.
Her fondness for reworking French classics is no surprise as her career started out in France where she toured and worked for four years prior to her American breakthrough. 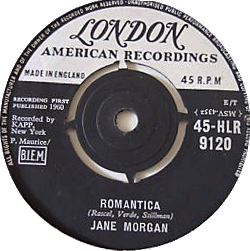 The 2nd Eurocover Jane Morgan recorded was an English version of Romantica, the Italian entry from 1960 (6th place, originally by Renato Rascel). A much better effort than Volare with a wonderful orchestral arrangement. She even took the song to the UK charts (39/5) (UK single: London HLR 9120). It has also appeared on various Jane Morgan LP's. 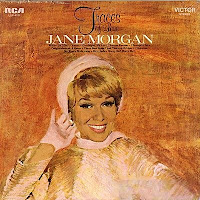 Udo Jürgens' Walk Away (Warum Nur Warum, Austria 1964, 6th) (Extensively featured in this Eurocovers post) was the third Euro-classic on Morgans repertoire. The song was released on her 1969 LP Traces Of Love (RCA 4171).

But it's a less known song which is my top favourite from the Jane Morgan Eurocovers collection.


My Poor Heart Feels Like Breaking
The opening line of the debut entry for Ireland in 1965, Walking The Streets In The Rain by Butch Moore (what's in a name). It describes the sentiment of the indeed heartbreaking tale about rain and tears and streets very well. The Streets became a blueprint for many Irish entries to follow and it's one of the saddest songs in anyones Eurovision collection.
The song ended 6th in Eurovision and was an Irish #1 for the original singer, but it has only been covered a few times.
Jane Morgans version with the appropriate rain-droppy violin intro was released in 1965 on the EP Maybe (Epic 9008, Portuguese edition pictured above) and on her LP Kiss Tomorrow Goodbye (Epic LN 24247). In the UK it was a b-side to the Maybe single (Columbia).

There have been several compilation CDs with Jane Morgans hits, but I haven't found a CD with any of the Eurovision covers.

Source: An extensive Jane Morgan biography is here at E-notes.

So Oranje won't see Austria. I know Guus Hiddink is on a crash course to world domination but I had hoped he was saving it for South Africa's world cup in 2010. But he just had to destroy the Dutch team, brutally chopped off the hand that fed him etcetera. Anyway, good luck to the sweet boys of Russia, hope you'll win the whole blody thing now. 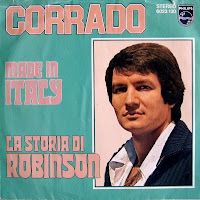 Blog Tip - Merci Cherie
Euro2008 co-host Austria opted out of Eurovision for 2008, but 30 years ago they had Mrs. Caroline Robinson by Springtime. A Eurovision entry so corny you'd almost think it was British. So now go to the Merci Cherie blog where a great Italian coverversion of the song is featured. It's by Corrado (who he?) and it's in this Merci Cherie Post.

Patricia Lewis, Queen of South African Eurovision premiered some songs of her forthcoming CD in a live show. The songs included Hero (Sweden 2008), Empty Room (Swedens # 2 in the national selection of 2008) both in English. But the prize song has to be Ek Sal Altyd Vir Jou Lewe, which is an Afrikaans version of Live Forever, Magnificent Magnus Carlssons 2007 Swedish preselection song that didn't make it to Eurovision but was one of the biggest Melodifestivalen hits of the year.
Special thanks to Roy, More Patricia Lewis in this Eurocovers post. 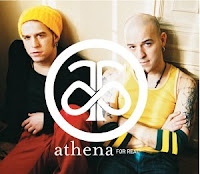 For Real, the cool ska punk Eurovision entry by Athena (for Turkey, 4th in 2004) has received the dubious honour of being covered by Jochem van Gelder, Dutch kiddy TV host. His version is called Kamelentrein (Camel train). As kids are considered stupid but rich by the music industry it's lame and nothing is left of the greatness of the original.

I got the news from: http://songfestival.web-log.nl 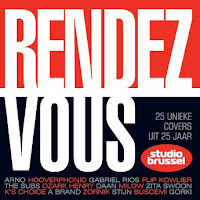 Rendez-Vous in Belgium
Belgium's premier alternative radio station Studio Brussel (StuBru) celebrates their 25th anniversary with a coverversions CD. The best and others from Belgiums alternative music scene each cover a song for each year that StuBru has been on air. The Album is titled Rendez-Vous, which is the song by Pas De Deux that almost divided Belgium after is was chosen as the Eurovision entry for München (1983). The new wave band presented a minimal song with just one line of silly lyrics and an even more silly dance routine and the country was in a state of shock.

The song is still one of the best Belgium ever sent (IMHO) and you can see the original Youtube here, booing included.

The StuBru CD features the Eurovision classic in a new version by the equally great Vive La Fête. Full tracklist of the StuBru CD is here.
(sources: http://www.eurosong.be/, VRT StuBru)

Totally Off-Topic Blog Tips
I'm having great fun with a Czech coverversion of The Best Disco In Town (Ritchie Family hit from the late 70's) Žiješ v éře diskoték by Bezinky & Pražské smyčce. It's featured at the one and only Funky Czech-In.
And Global Vintage has two coverversions of Venus, the Shocking blue hit. One's in Turkish and the other one is in Greek. The latter is by Pascalis & the Olympians of Mathema Solfege fame.
(see this Eurocovers post for more about Mathema Solfege by Pascalis and his mates)
Posted by Eurocovers at 11:14 AM No comments: 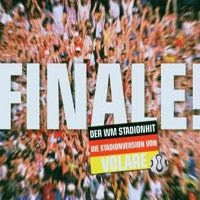 With the Euro 2008 well underway, (we're talking football here, or soccer if you must) here's a second bunch of coverversions of Nel Blu Dipinto Di Blu (Volare), revamped to celebrate Football.
Germany's second game is tonight against Croatia, so here's a few football adaptations of Volare from a German perspective.

Finale (Ooh Ooh) by Buffalo Ball is a version of Volare from 2004. Zum siegen geboren (born to win) they brawl, but the Mannschaft had to leave the Portugal 2004 European Cup games after the first round. The song features a lot of football audience and TV style comments. Greece won the tournament and repeated that feat in Eurovision 2005. 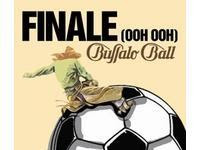 In 2006 the World Cup was in Germany and another Volare was made, also titled Finale. DJ Schnippes surely listened to the Gipsy Kings for his version,. A new version is made and it's currently in the German top 100. Germany made it to the semi final in 2006, losing to eventual (now crushed) winners Italy.

2008: Anno Domenico is a tribute to Domenico Modugno's Eurovision classic Nel Blu Dipinto Di Blu (Volare) which conquered the world 50 years ago. Eurocovers highlights half a century of remarkable coverversions of the Italian evergreen. With this search link you'll get all the Volare posts.
Posted by Eurocovers at 6:52 AM No comments: 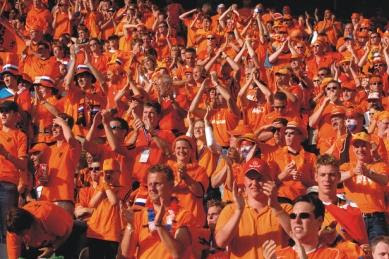 After Eurovision there's another event that enjoys some popularity in the European communities this year, the European Cup Football, Euro 2008. Similarities enough: It attracts colourful fans waving flags and what have you, there's joke entries, Diva's and Drama Queens and whole hordes of people migrate across Europe to catch their favorites in action.
There's some leg action, opening ceremonies and people drink a lot. It has all the ingredients of Eurovision except maybe neighbourly voting.
Tonight it's Oranje against the Azzurri in the Group of Death (a bit like Belgrades second semi final this year) and here's a little tribute to Dutch Football squads from the past. Oh, and it's Volare, Song #1 if it comes to Football related coverversions. 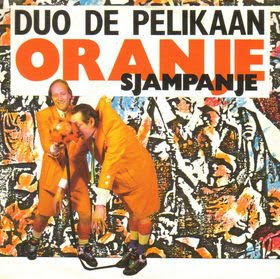 1990 Oranje Sjampagne
------ Duo de PelikaanDutch comedy version for the World Cup in Italy when the Dutch were kicked out in the second round by Germany.
1998 Oranje Oh Oh Oh
---- - Danny Lukassen
This was for the World Cup in France where the Dutch made it to the semi finals, but got out-penaltied by Brasil after a 1 all draw. In the match for third place Holland lost to Croatia.

Posted by Eurocovers at 4:29 PM No comments: