Sissel, Sissel Kyrkjebø that is, has released a new digital track in her Reflections project.

Reflections V (5) already. Reflections is a project where the singer will release a song every week for 50 weeks to celebrate her big birthday.
And it's beautiful.

Of course Sissel is a well known classical and crossover singer from Norway (Here’s a nice bio) and you may have spotted her in the interval of the 1986 Eurovision Song Contest.
Or singing the Olympic tune in Lillehammer in 1994.

Walk Away is the English version of the first Eurovision entry for Udo Jürgens (Warum nur warum, Austria 1964, 6th place).
Pre- Merci Cherie, Jürgens’ song was made popular by Matt Monro who scored a worldwide hit with it.
Matt Monro’s own 1964 entry I Love The Little Things did better at Eurovision (2nd)
but didn’t make the charts.

Warum Nur Warum/Walk Away has since been recorded by many other artists like Brenda Lee (who even recorded it in Japanese), Byron Lee and Mighty Sparrow, Virginia
Lee (that’s 3 Lee’s there), Jane Morgan, Julie Rogers, Nancy Wilson, Timi Yuro
and Eurovision stars Alice and Helen Kessler, Michael Ball and Lasse Mårtenson.

Posted by Eurocovers at 12:35 PM No comments: 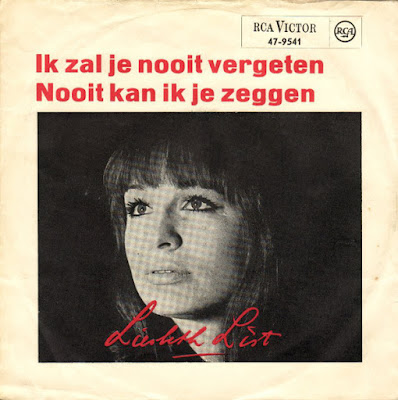 Dutch singer and national treasure Liesbeth List has left us.
And as this is Eurocovers, the picture above is her 2nd ever single from 1964, a coverversion of Elle Etait Si Jolie by Alain Barriere, the French Eurovision entry from 1963.
I nicked the picture from Discogs.
Posted by Eurocovers at 3:29 PM No comments:

Eurovision set sail for Rotterdam 2020, but it wasn't meant to be.
Of course we're all disappointed but it's obvious we have more important matters on our hands now.

Thanks to all the artists and broadcasters who have put so much work in their entries and to the organisation of the Rotterdam event.

Please be safe, wherever you are. Take care of yourself and your loved ones and hopefully we'll meet in Rotterdam in 2021.

The Rotterdam Collection still has all the details on the 2020 songs and versions and will be updated if there's any news.

And I know in the light of the situation it's trivial, but the 2020 CD release will go ahead and is expected to drop on May 8. (More info here)

Posted by Eurocovers at 3:50 PM No comments: 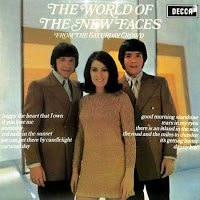 Above is a lovely coverversion of the Dutch 1968 entry Morgen (Tomorrow), originally by Ronnie Tober.
The coverversion is by The New Faces, a Scottish trio who released a whole range of singles but never made it to the charts.
The band would have been perfect Eurovision material, if you listen to their songs (there's some on Youtube) they're a good mix of 60's beat and cheesy stuff in Puppet On A String style.
Above was uploaded by Mr Charlie Chalk, recommended Youtuber preserving many almost forgotten songs.

Dehongliad Cymraeg Y Fori
Welsh Eurovision singer Mary Hopkin recorded the song as Y Fori (Tomorrow).
It first appeared on a 1968 EP Mary Ac Edward, Mary being Mary Hopkin and Edward Edward Morris Jones.
On the EP only the Welsh lyricist was credited  (Geiriau Ann Clee)
When it was released on a compilation LP in 1979, The Welsh World Of Mary Hopkin, the composers credited were Friml / Hooker instead of the original Joop Stokkermans, Theo Stengers (and Clee)
And on a later compilation which was probably not very official, Y Fori was categorized as Trad. (Traditional) oh well.
The recording is a bit odd too, it appears to be fading much too early, at 2 minutes, while Mary is still happily singing along. Edward is not on Y Fori.
Other covers on the EP are Welsh versions of Something Stupid and Guantanamera.
Mary Hopkins' biggest hits were Those Were The Days in 1968 and Goodbye in 1969. She also recorded Spanish, German, Italian and French versions of Those Were The Days. (For you language fans)
In 1969 she performed at the Sanremo contest in Italy. All songs were performed twice of which one rendition was by an international singer. Sergio Endrigo's Lontano Dagli Occhi was performed by our Mary. The song finished 2nd.
Mary Hopkin entered Eurovision for the U.K. in 1970, she ended 2nd with Knock, Knock Who's There? and scored another international millionseller.

Ronnie Tober
Ronnie Tober himself recorded several versions of Morgen and indeed Someday (see below)
A re-recording of the English version (recorded in London) was probably aimed at the U.K. market with a more "British" beat sound than the original.
Morgen ended 16th at the contest (out of 17) with only 1 point (thank you Italy).
He scored 9 top 40 hits in the Netherlands but Morgen wasn't one of them.
His 1965 preselection effort Geweldig (Grrreat) did better (it got to #23) and is probably better remembered than Morgen.
See below for all Ronnie's releases and coverversions of Morgen and the Eurovision tunes Ronnie covered himself.

At the end of this page you'll find the Spotify playlist with songs from this post available.

National Song Contest
Ahead of the Dutch National Final (Nationaal Songfestival) an untelevised pre-contest was held in which all four finalists sang three songs. Even though information about this is incomplete the other songs by Ronnie Tober are known to be Die Ouwe Pianola (That old pianola) and Als Ik Speel (When I play). The Pianola song ended up on the original single  Morgen b-side.
All three songs were released on Ronnie's 1968 LP Ronnie's Songparade (Fontana 826 405 QY) 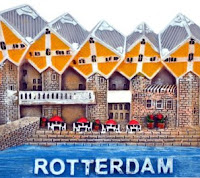 If you know of any other release or coverversion of Morgen, please let me know.

Posted by Eurocovers at 6:10 PM No comments: