Updated in 2021 to give Jean-Paul Vignon a little more credit, the original post was from April 2012.
Here's one piece of Eurocovers treasure I didn't know about. 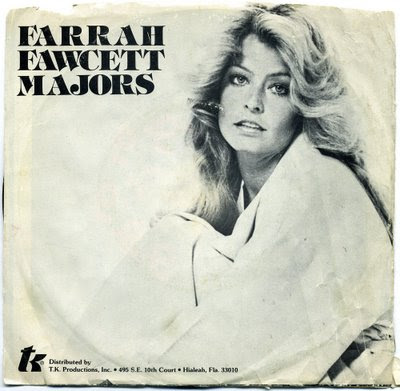 It's iconic American actress and Charlie's Angel Farrah Fawcett-Majors (1947-2009) doing a coverversion of the Italian 1974 Eurovision entry Si with French singer/actor Jean-Paul Vignon.
Vignon does all the singing but Farrah makes it all amazing by sexy-rapping all over the song like's she's French or something.
This single was already released in 1977 and Farrah Fawcett-Majors was a superstar and still no-one at Eurocovers knew of this gem. (in 2012, ed)
As far as I know this is the only time Farrah Fawcett-Majors ventured in the world of music.
Here at Jean-Paul Vignons website you can listen to the song in good quality. A Youtube audio is below.
The single was released in the U.S. (Nelson Barry NBR 7900, various promo's exist) and in Mexico (Columbia k.30010) in a gorgeous picture sleeve that makes no secret of who is supposed to sell this record.
Jean-Paul Vignon

Besides releasing many singles in France, most from 1957 to 1967 Jean-Paul Vignon later focused more on his acting. This single with Farrah Fawcett was a bit of a one off.
As an actor you may have seen him in Star Trek The Next Generaton as a holographic waiter (Ep: We'll Always Have Paris) or heard him in Shrek as the Merry Man. Other credits are soaps like Days Of Our Lives, Gilmore Girls and Dallas (as a waiter again). In fact he played a waiter or similar roles in many shows. Add Hotel, L.A. Law, Falcon Crest (croupier), Murder She Wrote, Columbo and more.
He's still around and performs live shows (pandemics permitting).
In his bio it says that Farrah and him covered a winning Eurovision song but that can be forgiven. It's not like anyone remembers the actual winner.
His memoirs, published in French (De L'Ethiopie A L'Utopie) and English (From Ethiopia To Utopia) were released  in 2018 / 2019.  (More about that here at Vignon's website)
Vignon has a website and facebook with some great photos. This one of Farrah & Jean-Paul in the studio is especially lovely. Here's his bio on his website.
Si by Gigliola Cinquetti ended second behind ABBA's Waterloo in the Brighton Eurovision Song Contest of 1974.
But credit where credit is due, I nicked the picture from the Cranched For Now blogspot, who wrote about this in 2009. So you go there now, read more about it, see the disc but don't forget to come back though.....
Posted by Eurocovers at 5:25 AM 2 comments:

The Day That Everyone Loves Danny 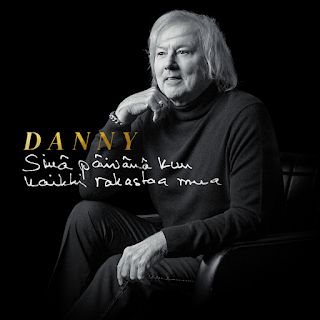 Danny, legendary Finnish singer born as Ilkka Johannes Lipsanen (in 1942),  will enter the Finnish preselection for the 2021 Eurovision song contest Uuden Musiikin Kilpailu (New Music Contest) with the Janne Rintala penned song Sinä Päivänä Kun Kaikki Rakastaa Mua (the day that everyone loves me).
Now the Uuden (new) part of that is a bit misplaced as Danny’s first singles were released in 1964.
Over the years Danny has had many hits in his home country and he is credited for putting touring live shows on the map for Finland. His live shows, often supported by other now well known Finnish singers (Kirka, Katri Helena, Vicky Rosti),  were among the first to start live music pop culture in the country, with hysterical screaming and all that.
There’s a movie and a musical about his life and they’re both called Danny. So he must have done something right.
This year it’s the 8th time (and 9th song) Danny tries to get to the Eurovision Song Contest. Here's the Finnish 2021 page at the new Rotterdam Collection.
The song premiered at 11 PM CET on Januari 17th and is now available from all your local digitessen.
Post Premiere Update: Now I didn't expect that! My Finnish is a bit rusty but the English translation is in the video below. Absolutely wonderful lyrics, sort of sad in a tongue in cheek way, resigning in the inevitable.
Now you just keep that day away for a while longer Mr. Danny! 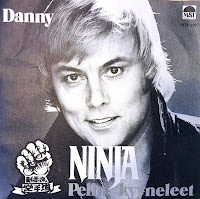 Happy New Year Eurocovers friends. I hope 2021 will be as fabulous as this!
Posted by Eurocovers at 11:50 AM No comments: