Legendary Finnish Songstress Laila Kinnunen's collected work finally gets the long awaited release it deserves. This project has been on the shelves for many years, already before her death in 2000.
Several different compilations, most with rare and previously unreleased tracks, have been released in the past few years, so I didn't expect the boxset to materialize anymore.
But at the end of this month an 8CD box is released by Warner Music Finland with (almost) all the Laila Kinnunen tracks you need.

Laila Kinnunen (Laura Annikki Kinnunen) was one of the great singers of Finnish popular music in the 50's and 60's.
To most Eurovision fans Eurovision fans she is probably best known for Valoa Ikkunassa, the first ever Finnish entry from 1961 which ended 10th. Eurocovers readers know her from her many versions of 60's Eurovision classics. 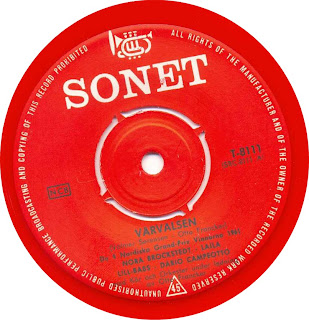 CD 8 has rarities in several languages like German, Russian, Hungarian, English and even Afrikaans (Saries Mareis)
This cd also includes Vårvalsen and Ding Dong Ding, two songs she recorded with the Nordic singers of the 1961 Eurovision Song Contest (Dario Campeotto, Nora Brockstedt and Lill Babs).
The CD closes with a previously unreleased version of Tipi Tii.

What's missing?
I'm no one to complain of course as this collection is nothing short of fabulous.
But you won't find Unohdusta Ei Ole (preselection 1967) on this box set.
Absent Eurocovers are Merci Cherie, Malloryn Laulu (Le chant de Mallory) & Odotin Sinua (Ce Soir Je T'attendais). But these have been released on other cds.

The 8CD box A La Laila is released by Warner Music Finland (release date 26-08-09) and has 160 tracks plus a 168 page booklet. The retail price is around 70 euros at various webshops. 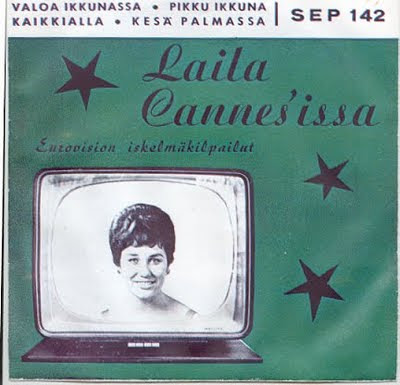 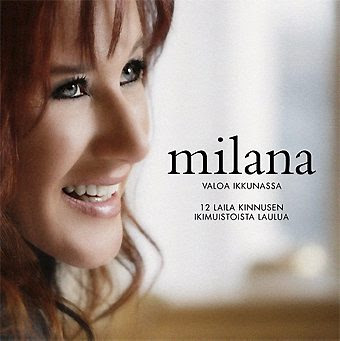 Earlier this year (april) she released another album with songs made popular by her mom.
The album is Valoa Ikkunassa - 12 Laila Kinnusen Ikimuistoista Laulua (Columbia 74912323) and the first Finnish Eurovision song is one of the tracks. And it also has Modugno's Lazzarella.

Hey, isn't that a very young Marion Rung in that Suomen kuvalehti cover and not La Laila?