In May Eurocovers reported about Wings Of Eurovision, the album with Eurovision tunes by the 2000 winner the Olsen Brothers. (This post). The album did fairly well in several charts so Eurocovers is happy to report about another Danish Eurocovers project that has just been released. 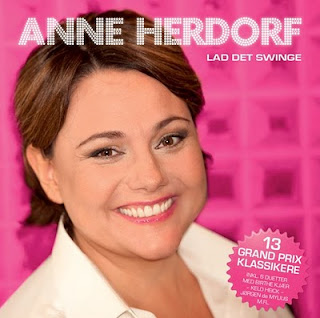 Anne (Cathrine) Herdorf, 1987 Eurovision star, has released her collection of Eurovision favorites and a handful of National Final treasures on the album Lad Det Swinge. There's some interesting guests helping along, and for the completists, there's also a new recording of her Eurovision entry En Lille Melodi (see below).
With a few exceptions Anne Herdorf didn't go for a collection of big hits, but the album includes some lesser known songs. Unge Dag is a great choice and it's also nice to hear the Tommy Seebach tunes in a new setting.

Tracklist
1. En Lille Melodi (Denmark 1987)
- Anne Herdorfs own Eurovision entry in a new version
2. Sikken Dejlig Dame (Danish NF 1981)
- 3rd place in the National Final. Originally by Anniqa. The song is about Mae West.
3. Hva' Du Ude På (Danish NF 1987)
- Originally by Birthe Kjær, who would represent Denmark one year later.
4. Under Stjernerne På Himlen (Denmark 1993)
- One of Tommy Seebachs Eurovision songs, Lyrics by Keld Heick
5. Ud I Det Blå (Danish NF 1979)
- #3 in the National final, originally by Kim Larsen.
6. Det' Lige Det (Denmark 1984)
- The first of three Kirsten and Søren (Hot Eyes) Eurovision entries.
7. Kloden Drejer (Denmark 1983)
- Originally by Gry Johansen.
8. To Lys På Et Bord - with Tommy Kenter (Danish NF 1960)
- Otto Brandenburg only took it to 4th place, but the song remains one of the best known songs from the early years of Danish Melodi Grand Prix'. Tommy Kenter is a Danish actor, who's Eurovision claim to fame is a last place in the 1985 Danish Melodi Grand Prix.
9. Dansevise - with Jørgen de Mylius (Denmark 1963)
- The 1963 winner by Grethe and Jørgen Ingmann. Jørgen de Mylius is the godfather of modern Danish Eurovision, writer an TV personality.
10. Skibet Skal Sejle I Nat - with Dario Campeotto
- Skibet, the song with thát kiss (see this Eurocovers post) is performed here with Dario Campeotto, the Danish 1961 entrant (read more about his song Angelique here at Eurocovers)
11. Disco Tango - with Keld Heick (Denmark 1979)
- Another Tommy Seebach classic. Keld Heick is one of Denmarks most prolific songwriters whose credits include 9 Eurovision entries and innumerable National Final songs. With his wife Hilda and his band Donkeys he also recorded countless Eurocovers.
12. Unge Dag - with Hilda Heick (Germany 1973)
- Junger Tag, the German 1973 entry by Gitte Hænning. Danish born Gitte recorded the song in several languages including Danish, and this is a coverversion of that one.
13. Lad Det Swinge - with Birthe Kjær (Norway 1986)
- The first Norwegian winner by Bobbysocks!. Here Anne duets with Birthe Kjær, the 1988 Danish entrant, multi NF singer who also has over two dozens of Eurocovers to her name. 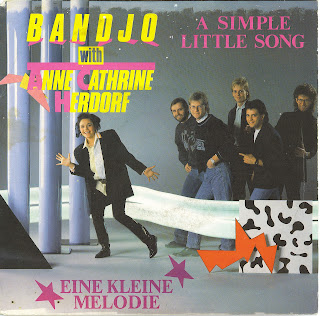 A Simple Little Song
En Lille Melodi (A little melody/song) by Anne Cathrine Herdorf and her chums Drengene (a.k.a. Bandjo) was the Danish Eurovision entry in 1987. It ended fifth in an era the Danish schlager tunes did quite well at Eurovision.
In good tradition the song was recorded in a few exotic languages like English (A Simple Little Song), German (Eine Kleine Melodie) and Dutch (Je Leven Lang Verliefd).
The song was also re-recorded by Fenders, who were more or less Bandjo, band of the composer Helge Engelbrecht. The original Danish lyrics were written by Jacob Jonia.

At the Danish Melodi Grand Prix show of 2002 Anne Herdorf performed a medley of Danish Eurovision entries with Gry Meilstrup and Anders Frandsen. This medley also ended up on the 2002 DMGP CD (Universal)

Special Thanks to Rick and Heine. 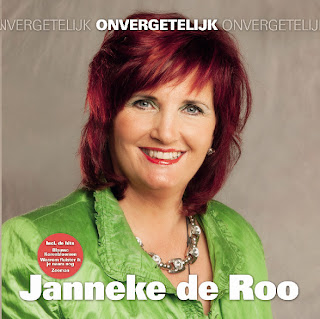 While we're in the Schlager realm, here's another release that may be interesting to the avid Eurocovers adept.
You know all about Sha La Lie, the chirpy but ill fated Father Abraham penned Dutch 2010 entry and all its incarnations. (If not check it out here).
Spoofs, Street Organs and regional versions galore, but not all have had an official release.
The Drents studio version by Janneke De Roo is out now officially.
Her new CD Onvergetelijk (unforgettable) features highlights from her five year solo* career. The album also includes some new tracks and one of them is Sha La Lie sung in the Drents regional language. (Wiki).

The CD is available through the Janneke De Roo website or digitally from Zazell and other sources.
Janneke De Roo also recorded a coverversion of the 1972 Eurovision winner Après Toi on her 2007 CD Gewoon JR (Just JR). That one's in Dutch (as Toen Kwam Jij) and does not feature on the new collection.

* Janneke de Roo was in the popular sister trio Zusjes De Roo who scored a big hit in the Dutch charts with Blauwe Korenbloemen (Blue Cornflower, Centaurea cyanus) in 1971.
Posted by Eurocovers at 7:29 AM No comments: 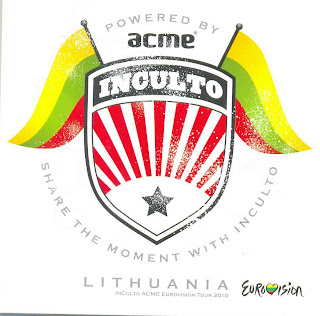 
“Eastern European Funk" is a ska-styled song performed by InCulto which represented Lithuania at the Eurovision Song Contest 2010. The meaning of the song is basically compressed in these two sentences: "Yes Sir we are legal we are, though we are not as legal as you/No Sir we're not equal no, though we are both from the EU". The ska rhythm hides a protest at the Western World for forgetting Eastern Europe, Lithuania included.

If you are Eastern European or know someone who is join us at the Halloween party and pre-launch of the new INCULTO album “Closer Than You Think” at The Queen of Hoxton, 1 Curtain Road, EC2A 3JX on 31st October 2010. The Queen of Hoxton is legendary bar, club and art collective in the heart of the East End. It is the house of “Washroom Galleries” that showcase some of the best up-and-coming artists from the East End, keeping you entertained while you sit. Each cubicle has been lovingly decorated along different themes.

Tickets
Inculto website
Inculto at the Oslo Collection
Posted by Eurocovers at 11:55 AM No comments:

Japan Jamaica Popp! (and a bit of Ronan Keating) 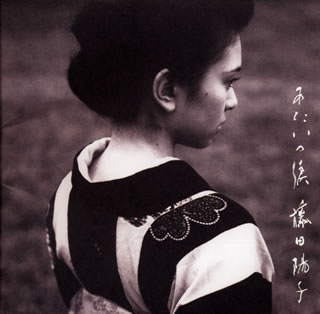 It’s from some undergroundish dub remix compilation I didn’t find many details on, but it’s just plain great.

L’Amour Est Bleu was 4th in the 1967 contest representing Luxembourg. The original French lyrics were written by Pierre Cour.

The song was featured many times at Eurocovers. Here's the song as the 2nd most covered Eurovision song and here's another Love Is Blue Special.
Here's some from India and one from China, one by Ann Margret and a groovy Bagpipe version by Rufus Harley. The first ever Eurocovers post features Paul Mauriats 12"inch disco version.

And a bit of Ronan Keating news.
Ronan Keating will release Believe Again as his next single in Australia and New Zealand. Believe Again is the Keating co-penned* 2009 Eurovision entry for Denmark.
Original singer Brinck finished 13th with the song at the Moscow contest, but the song proved to be a popular tune and was covered several times (See below) 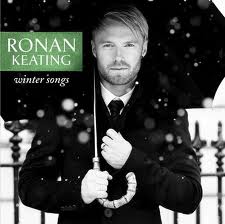 Believe Again will be a duet with an as yet unrevealed artist (My bet is on Orianthi, but Olivia would be great). It will be included on the album Duet, especially created for the Australian/New Zealand market.
update: The singer is Paulini Curuenavuli. (website)
You can listen to the song at Soundfiend.

The album will include some previously recorded duets (Lulu, Elton, Cat) alongside new songs with antipodean artists.
The single will be out on November 12. Both album and single will be released exclusively in Australia and New Zealand, so rekindle your contacts with those long lost pen pals. (Or wait for the'Bay).
Keatings most recent album is Winter Songs from 2009, a christmassy album which is also almost appropriate again. 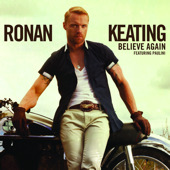 Source: Ronan Keating website
Believe Again at The Moscow Collection has all the details on the coverversions. Or check this Eurocovers post.
See an Afrikaans version by Heinz Winckler here at Eurocovers.


* Keating wrote Believe Again with Lars Halvor Jensen and Martin Møller Larsson. In 2010 the trio wrote All About A Girl for Joakim Tranberg for the Danish selection.
Posted by Eurocovers at 10:44 AM No comments:


Here's Lena Zavaroni performing What's Another Year (The Irish 1980 winner), which I think is rather lovely.
Read more about this Lena at http://www.lena-zavaroni.co.uk/
Posted by Eurocovers at 4:30 PM No comments: 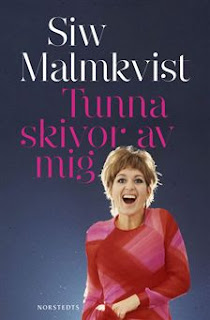 It’s been a bit quiet at Eurocovers lately. Too much work, recession depression, some PC problems and all kinds of personal excuses, you know the tune.

But I received a bit of release news from Erik of Sweden I didn’t want to keep from you as it includes the magic words ‘Previously Unreleased’ and ‘Italian Version’.

Siw Malmkvist, Eurovision singer, Swedish National Final repeat offender and beloved Eurocovers artist has given her memoires to the world in a Swedish book called Tunna Skivor Av Mig.
It was written with Carl Magnus Palm who is most known as the best ABBA historicus. (His fantastic ABBA - The Complete Recording Sessions (1994) is unrivalled).

Tunna Skivor Av Mig (Thin slices of me) is a take on her 1960 single Tunna Skivor which is a coverversion of Connie Francis’ Everybody’s Somebody’s Fool. Skivor is also Swedish for records.

Siw Malmkvist entered Eurovision in 1960 with Alla Andra Får Varann (for Sweden) and in 1969 with Primaballerina (for Germany) and she recorded coverversions of several Eurovision songs (see * below). This new release adds two more to the list. 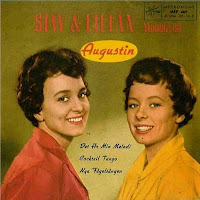 Augustin, April April
Siw Malmkvist also entered (and won) the Swedish national selection several times and two of those appearances are linked to the Eurocovers on the Tunna Skivor bonus CD.

In 1959 Siw Malmkvist sang Augustin in the Swedish selection even though it was already known that Brita Borg would represent Sweden at Eurovision.
Siw recorded Augustin in Swedish, German, Danish, Norwegian and Italian and it’s the Italian version that is released here for the first time.

In 1961 Siw won the Swedish selection with April April, but Swedish TV decided that Lill Babs would go to Eurovision because Siws performance wasn’t quite satisfactory. **
April April features on the CD in a previously unreleased Danish version.


The CD included with a limited number of the book includes 17 tracks of which only the last one was previously released. One track is a new recording; Du bist der Anfang und das Ziel, recorded with her son Henrik. The other 15 tracks are mostly different language recordings of well known Siw songs.

Special thanks to Erik for the news and the pic below.
Other sources: Bokus bookstore and Carl Magnus Palm Website

* Sprattelgumma, Puppet On A String at Eurocovers has a discography of Siws Eurocovers
** I haven’t read the book yet, so I don’t know if there’s anything about this historic Swedish Eurovision debacle in it. 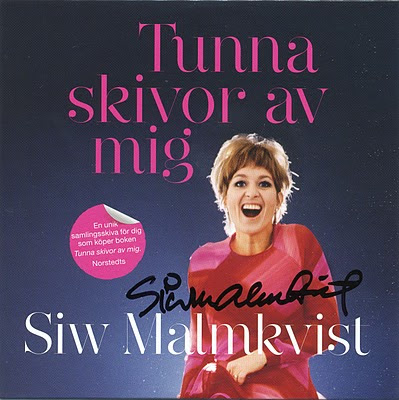