Laura Lynn has the rhythm 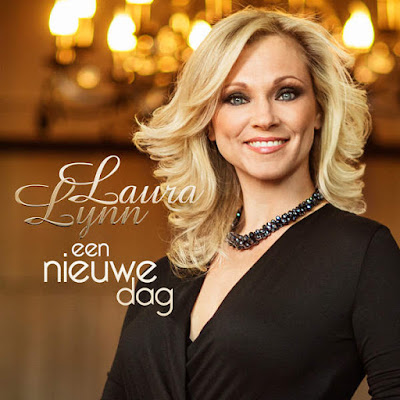 Popular Belgian schlager singer Laura Lynn has released her 9th album Een Nieuwe Dag (A new day) which includes some interesting Eurocovers.
The album includes many Dutch classics and some other unexpected coverversions. (Vreemde Vogels is a wonderful cover of Rhinestone Cowboy by Glenn Campbell)
And for the Dutchies: it also has Dokter Bernhard! 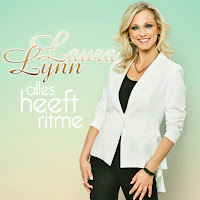 For the Eurocovers fans these are included:
Rechtop In De Wind (Originally by Marcha, a.k.a. Marga Bult, Netherlands 1987)
De Eerste Keer (Maxine and Franklin Brown, Netherlands 1996)
Je Ogen Hebben Geen Geheimen Meer (Främling by Carola, Sweden 1983)
- Carola recorded her 1983 entry in Dutch herself and scored a top 10 hit in the Netherlands. The Dutch version has since been covered by a number of Dutch singers including Gerard Joling.
Alles Heeft Ritme (Frizzle Sizzle, Netherlands 1986).
- Of the Eurovision covers this is my favorite on this album. It's a sweet samba-ish track perfect for summer. This is also released as a digital single.

The album is available on CD and as a digital release.
Laura Lynn website

Posted by Eurocovers at 8:26 AM No comments: