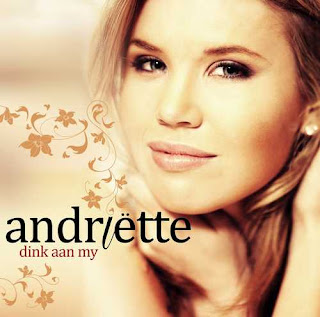 Andriette
South African singer Andriette (Norman) has just released her new album Dink Aan My (Think of me).
Dink Aan My is her second album, after last years Diamant.
There's one Eurovision cover on it and that's Düm Tek Tek, this years Turkish entry by Hadise. (4th place in Moscow).
Hadise's Düm Tek Tek already enjoyed some success in Japanese charts and it's Andriettes turn to make the song a hit in South Africa. It will be the next radiosingle of the Dink Aan My CD.

The album is a joyous mix of rock and pop and there's a beautiful version of Fleetwood Mac's Songbird on the 13 track CD.

The album is available at many digital sources like Virginmedia and itunes and the CD is available in South African (web) shops.
Andriette homepage (in Afrikaans) 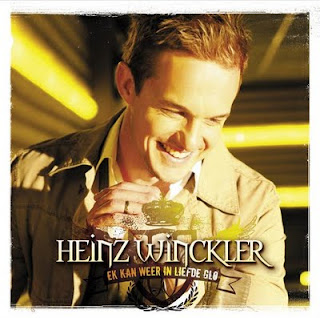 Heinz Winckler
Heinz Wincklers CD Ek Kan Weer In Liefde Glo is also out this week. You have already seen the video of his coverversion of Believe Again (Denmark 2009). There's another track of Eurovision interest, Jy Gee My Butterflies. This is an Afrikaans version of Butterflies by Tone Damli Aaberge, the #2in this years Norwegian selection and a #2 hit in the Nowegian charts (Kept off the #1 spot by eventual winner Fairytaile).
As expected, Ek Kan Weer In Liefde Glo is a collection of solid pop rock songs, mostly original compositions and a few coverversions thrown in for good measure. The songs are in English and in Afrikaans.
The 16 track CD closes with a coverversion of Alphaville's Forever Young.

You can hear a collage of the album at Heinz' Youtube channel, where you can also find the video to the albums title track / Eurocover.
Heinz Winckler Homepage - Heinz at Eurocovers 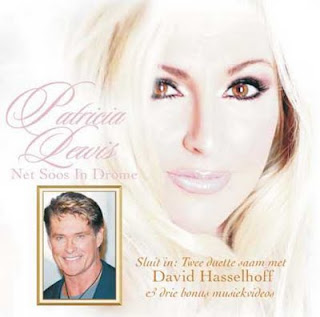 Patricia and The Hoff
The third much talked about coverversion of this years contest, German entry Miss Kiss Kiss Bang by Patricia Lewis and David Hasselhoff is also out now. The song, originally by Oscar Loya and Alex Christensen (Alex Swings Oscar Sings) ended 20th, but hey, it was on Oprah so they actually won anyway.

The Afrikaans coverversion can be found on the re-issued Patricia Lewis CD Net Soos In Drome, which also includes the other song Lewis recorded with Hasselhoff: As I Am.

Charlotte Perelli's Hero (Sweden 2008) and Swedish preselection songs Cara Mia (Måns Zelmerlow), Empty Room (Sanna Nielsen) and Live Forever (Magnus Carlsson) complete the tracks of Eurocovers interest.
As a bonus there are three videoclips on the CD including Hero, Miss Kiss Kiss Bang and Gee My Nog 'n Kans. The CD is released on Sony and is available internationally through Kalahari.
The Hoffnews - This is where you read it first .

More to come: Keep checking Eurocovers for more news on South African releases like the long awaited return of Sunette Bridges, the even longer awaited debut album of Dominec and new releases by Jeandre Odendaal and Eurocovers favorite heartthrob Tobi Jooste.
Posted by Eurocovers at 10:39 AM No comments:

Eurocovers was never intended to be a memorial blog for the great and the forgotten singers who have a Eurovision link, but sometimes I feel it appropriate to take a moment for the departed and share my view on their achievements on the Eurocovers front. Call it morbid fascination, it's only meant as a little respect. 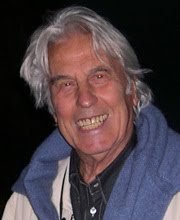 Alberto Testa (1927-2009)
Brasil born Italian wordsmith Alberto Testa is one of the most prolific lyricists of popular Italian music in the last century. He wrote the lyrics to over 1500 songs, including many Italian evergreens.
He started writing lyrics in the early 50's and when he teamed up with well known songwriters like Pino Calvi and Alberto Rossi he soon ventured into Sanremo territory.
He wrote the words to early Sanremo classics like Il Cantico Del Cielo (Tonina Torrielli), Un Sogno Di Cristallo (Carla Boni, see below) and È mezzanotte (Joe Sentieri). 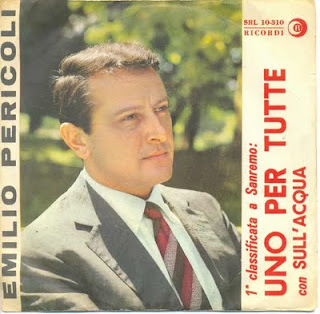 Uno Per Tutte
Two Sanremo winners are from Testo's hand. Uno Per Tutte from 1963 (Written with Mogol, music by Tony Renis, sung by Tony Renis and by Emilio Pericoli) and Non Pensare A Me from 1967 (Music by Eros Sciorilli, sung at Sanremo Claudio Villa / Iva Zanicchi)
Emilio Pericoli took Uno Per Tutte to the Eurovision Song Contest and ended 3rd.
In 1967 Non Pensare A Me was the Italian Eurovision entry to be (for Claudio Villa) , but it was replaced by Non Andare Piu Lontano at the rehearsing stage. (see this Eurocovers post).
The replacement song ended 11th and was more or less forgotten. Non Pensare A Me became one of those much covered Italian classics.

The best known song internationally to come from Alberto Testo's hand is probably Quando Quando Quando 4th in the 1962 Sanremo, but again, a much covered international hit.
Uno Per Tutte was covered many times in several languages.

Also check out http://www.albertotesta.net/ where you can find details on many of his songs. 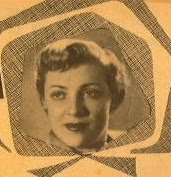 Carla Boni (1925-2009)Italy also had to say their addio's to Carla Boni this week. Carla Boni entered the Sanremo contest many times in the 50's and won in 1953 with Viale D'Autunno which was also sung by Flo Sandon's (See here at Eurocovers). 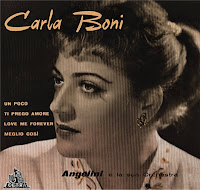 Carla Boni's first success was an Italian version of Johnny Guitar and she scored over 20 hits in the Italian charts of the 50's. Mambo Italiano and Casetta in Canada (Sanremo 1957, with frequent singing partner Gino Latilla) were her biggest hits.
In 1959 Carla Boni recorded Un Poco, an Italian coverversion of the Eurovision winner 'N Beetje (Teddy Scholten, Netherlands) and the runner up of the same year Sing Little Birdie (Canta Uccello) as a duet with Gino Latilla. Both songs were released on one single. (Cetra SP 504), Un Poco was also released on other singles and EP (pic left). 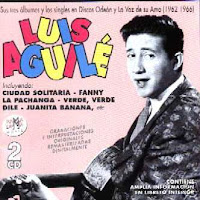 Luis Aguilé (1936-2009)
A third goodbye is for Argentinian singer and entertainer Luis Aguilé. He died two weeks ago at 73.
He was a popular singer in his home country but also made the crossover to Spain in 1963, where he was a much loved singer and TV personality. His best know songs are Juanita Banana and Cuando Sali De Cuba, a song that became an anthem to people who fled Cuba.
Luis Aguilé recorded Spanish language versions of the 1958 and 1959 Italian Eurovision entries by Domenico Modugno.

In the 70's he re-recorded both songs in Italian.
Luis Aguilé discography at Rockola Argentina 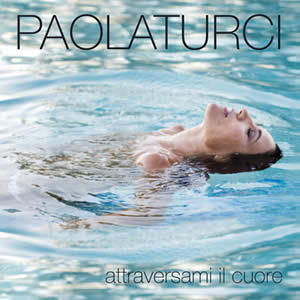 New release: Paola Turci
Also some happy news from Italy. Celebrated Sanremo singer Paola Turci has just released her new album Attraversami Il Cuore.
It includes a new coverversion of Dio Come Ti Amo, the 1966 Italian entry by Domenico Modugno.
The album (out on Universal) is produced by Francesco Barbaro and is available through most webshops, digital & physical.
-
http://www.paolaturci.it/ has more info.


Please note: If you use the latest IE explorer, all the links on the sidebar to the right (archives, friends sites) may have moved to the bottom of the page)
Posted by Eurocovers at 9:47 AM No comments: 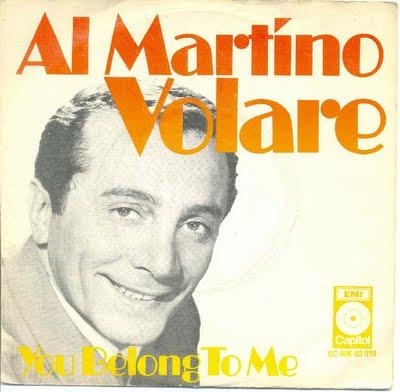 Italian/American singer and actor Al Martino has died last tuesday at the age of 82. 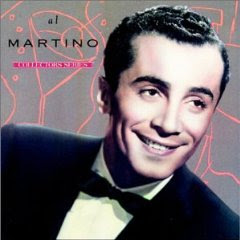 Al Martino was born in Philadelphia 82 years ago. His breakthrough hit was Here In My Heart in 1952. And the story goes that he recorded the song because Mario Lanza, who it was planned for, was too busy.
It was a U.S. and U.K. # 1. In fact it was the first #1 hit in the U.K.'s recorded chart history: 9 wks #1 in the NME top 12.
Many hits followed: Take My Heart, Now, Wanted were his biggest hits in the 50's, when he was more popular in the U.K..
The 60's were his US decade with hits like I Love You Because and I Love You More And More Everyday. 14 years after Here In My Heart he recorded Spanish Eyes, another global hit (in 1966, 1970 and 1973).

Volare
Al martino's Volare (Nel blu dipinto di blu) became an (almost*) worldwide hit in 1975 when Al Martino swept the charts with this polished disco version that was appropriate both in the disco as well as on your aunts 25th wedding anniversary hoedown. A lite mix of the popular Philadelphia sound (Three degrees, Lou Rawls, MFSB etcetera) with the crooning qualities of an established 50's / 60's star was just bound to work.
Volare failed to chart in the U.K. but was a huge smash in Europe, including a #24 in Italy and a #2 in Belgium.

Al Martino's version was the start of an avalanche of disco versions which popped up until the 70s were over. Every party band played the new version and it gave Modugno's its second life. Even orchestra's that had recorded the song the first time around rode along on the Al Martino wave (George Jouvin, Caravelli).

Read more about Al Martino at his homepage. Or check the usual sources for his compilation cds. (Or just pick up some of his old vinyls at the record fair, you won't regret it).
Al Martino also recorded Al Di Là (Italy 1961) and Love Is Blue (Luxembourg 1967), the other Eurovision winner that lost (or loser that won). It was a single and a minor hit in 1968.

Posted by Eurocovers at 6:39 AM No comments: 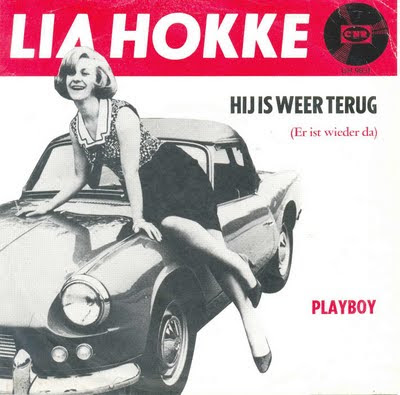 Here's one for the FinnFans. The b-side to the Lia Hokke single pictured here is a Dutch version of the Finnish 1966 entry originally sung by Ann Christine Nyström.

ended 10th in the Luxembourg Eurovision Song Contest. Ann Christine recorded the song in Finnish and in English.


A few coverversions are known, several in Finnish, a Danish one by Dorthe Kollo and a German Finnish one by Anita Hirvonen (as: Leg Mir Keine Edelsteinen In Den Weg).
The most recent cover is Gameboy by the Sleepy Sleepers from their CD Eurowiisut Terveisiä Perseestä (2007) where they massacre the history of Finnish Eurovision entries in their own inimitable way (=loud).

I haven't been able to find out much about about Lia Hokke except that she is from the Den Briel area and released a few singles on the CNR label, one being Kussen Onder Regenbogen (Kisses under rainbows). Another one, Hij Is Weer Terug (He is back again), is featured here.
Lia Hokke and band used to perform live a lot in the sixties and in 2002 they were part of a come back concert with bands from the area in Hellevoetsluis.
The a-side of the single, Hij Is Weer Terug is a coverversion of Er Ist Wieder Da, a German 1965 hit for Marion Maerz. An English version He Is Back Again was recorded by Peggy March. 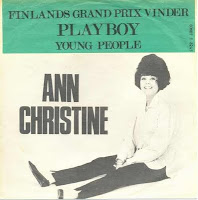 Here's a discography of Finland 1966 Eurocovers I know of.