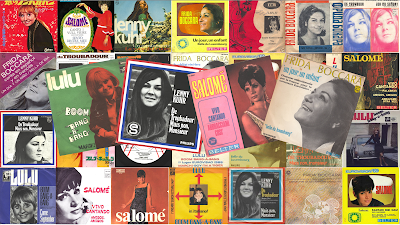 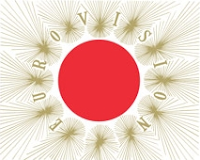 Today it's 50 years ago that the 1969 Eurovision Song Contest happened in Madrid, Spain. There were four winners and other sources of total mayhem (like Franco).
There's a lot of talking but the show starts at approx 16 minutes.
(TVE's archive may not be available in all territories.
You can watch the original show here at TVE's archives. It's in black and white, as broadcasted in Spain back then.
Other countries saw it in colour. The colour version is here at TVE


10 years ago Eurocovers did quite a few bits about that, so why not check the old posts out. (Warning, may contain expired links) 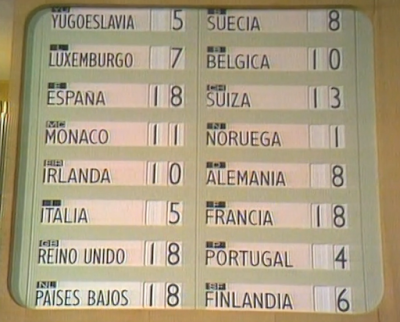 Posted by Eurocovers at 9:18 AM No comments:

Dana Valery - This Is My Prayer

2019: The Eurocovers post about Dana Valery is another one worth moving up. Thanks to Keurspel YouTube you can now give the songs mentioned a listen. (scroll down a bit)
The original post is from 2009.
It seems Dana Valery has all but disappeared from the WWW and there still is no compilation of her work.  You can find some stuff on the digitals but none of the Eurocovers.

Another international singer already lined up for a Eurocovers feature since the beginning of this blog is Dana Valery. But information on her career and recordings is very patchy I had to put the article aside several times. I thought it especially interesting because of her equally talented brother (Sergio Franchi 1926-1990) who also has a few Eurocovers to his name, so something of a Brothers and Sisters feature would have been fitting.

Dana Valery's career is all over the place and I don't know many artists who have recorded for so many record labels. Her work isn't documented anywhere and as far as I know there has never been a CD re-issue of any of her albums, let alone a compilation. I don't intend to cover all aspects of her career but the things that stood out are here. If you have any additions or suggestions please leave a comment.

Dana Valery Catalano is born in Italy but at eight she moves to South Africa with her family.
It's here that she has her first solo hits, including her first Eurovision coverversions.
But before the breakthrough she spends a short while (and one LP: Dan, Diana and the Diamonds, CBS 1962) with Rhodesian band the Diamonds.

It's hard to put her early South African releases in chronological order but it's the 1964 single This Is My Prayer that is a huge hit and becomes a top 10 best selling single of the year in South Africa. This Is My Prayer (CBS SSC 479 South Africa) is a coverversion of Gigliola Cinquetti's Eurovision winner Non Ho L'Eta (Italy 1964).

The b-side to the single is Would I Love You Again, and that's another Eurocover: t'En Va Pas, the Swiss 1963 entry by Esther Ofarim (2nd place).
The single is also released in the UK but it fails to chart. (Decca F11881),
Japan and the U.S.
Both songs can also be found on the LP Dana (CBS ALD 6747, South Africa)
After the success with This Is My Prayer Dana Valery releases an LP Dana Valery All'Italiana (CBS ALD 6694), but I don't know if there are any Eurovision songs on that, I haven't found a tracklist.
There are some more singles and albums released in South Africa up to 1965 but after that she moves to the U.S. to record what I think is her best work.

She releases several singles on the Columbia label like You, Having You Around and especially the utterly fantastic You Don't know Where Your Interest Lies from 1967. The latter is a Simon and Garfunkel song written by Paul Simon who also provides the talking bits on the track. (originally it's the b-side to Having You Around)
The song fails to chart but has become a Northern Soul classic over the years, and rightfully so. It has appeared on many compilations and the single was re-issued on several labels.
Update In 2013 the single was re-issued in the U.K. (Outta Sight label OSV 105).

In the late 60's and early 70's she is a guest on all major U.S. TV shows (Ed Sullivan, Merv Griffin, Johnny Carson, David Frost, Liberace). Put Your Hand In The Hand (1971) is a popular song for her and it gets a single release in many countries.

A recommended album is Not The Flower But The Root from 1972 (see comments). This is a pure soul album produced by Carl Davis.
This album was re-released on CD in Japan in 2013 and 2016. 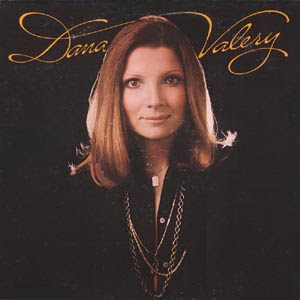 In 1975 she releases the third Eurovision coverversion on the LP Dana Valery produced by Mountain guitarist Leslie West. The album includes Dana's (quite fab) take on Cliff Richards Power To All Our Friends, the U.K. entry of 1973.

Disco doesn't pass Dana by either and she releases several records combining light disco with ballads and covers of pop hits. Her disco version of Will You Still Love Me Tomorrow (1976 # 95 on the US billboard) is dire, but the era gives Dana Valery her 'biggest' US top 100 hit the soulful ballad Don't Want to be Lonely (#87 in 1980)

In 1978 she releases a single in German, Du Bist Das Licht in Meiner Welt, but it doesn't spark a career in the German speaking countries

After a long and sudden run of personal tragedies in the early 1991 she stops working for a year but then is asked to host an American games show. It's at this show Dana Valery decides it's time for a career change. She ventures into healing through Reiki and hypnotherapy. 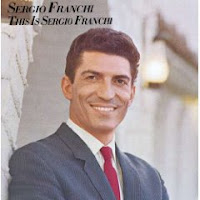 Sergio Franchi
In her U.S. career Dana Valery performed with her brother on several occasions (The Ed Sullivan show amongst them)
Dana's brother is Sergio Franchi, an operatic singer who later crosses over to lighter music like say, Eurocovers. In his career he records the Italian entries of 1958, 1959, 1961 and 1966. Sergio Franchi's death in 1990 is one of the personal tragedies that had an big impact Dana Valery's life. I hope to do a feature on Sergio Franchi in a future Eurocovers post.