The Voice Of Irish Hip Hop 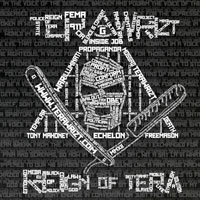 Irish hip hop persons Terawrizt have recorded a track titled The Voice which is basically a rap track with a bit of the The Voice refrain as a returning motif.
It's Hip Hop so Featurings are obligatory and this one is featuring Redzer, Nugget and Medz.
The beats are by Londons beatsmith Tony Mahoney.

I like it a lot although one of the rappers slightly reminds me a bit of Dustin the Turkey. 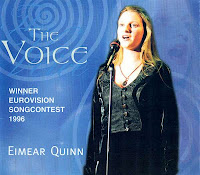 The track is released on the Reign Of Tera EP which is released through iTunes but you can also get it for free (at the time of writing) at Class A.'s music store. where you can also just give the track a listen.

Special thanks to Roy D. Hacksaw
Posted by Eurocovers at 9:39 AM No comments: