Men In Tights: Yugoslavia 1968, The Troubadours Of Dubrovnik 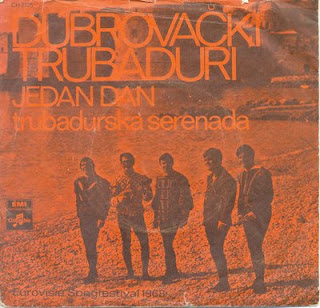 Here's a few coverversions of the 1968 entry from Yugoslavia: Jedan Dan by The Troubadours of Dubrovnik, Dubrovački Trubaduri to their moms.
The Eurovision performance was much talked about and the boys outfits later featured in the movie Robin Hood - Men In Tights.
In the Yugoslavian national selection the Troubadours represented TV Zagreb (Croatia)
The song ended 8th with 7 points in the (pre-douze poing system) contest in the Royal Albert Hall in London.
The medieval style folkloristic song even went on to be a minor hit in some countries including Netherlands and Belgium.
The Troubadours also recorded an English version of the song titled A Day Or Two, which was released on a flexidisc (Jugoton F-0665) in Yugoslavia and a single in Finland (Star records SW 2002). Both are amongst the rarest Eurovision releases. The original (hit) version was released in several countries on singles and EPs. 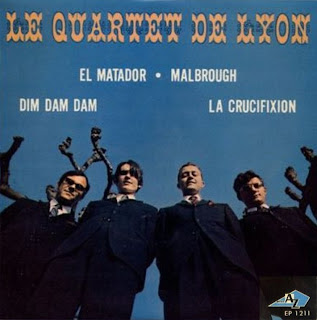 Jedan Dan has been covered a few times and I have listed details on the ones I know. But I think there should be more out there, including some from Yugoslavia. So if you have any additions, let me know. 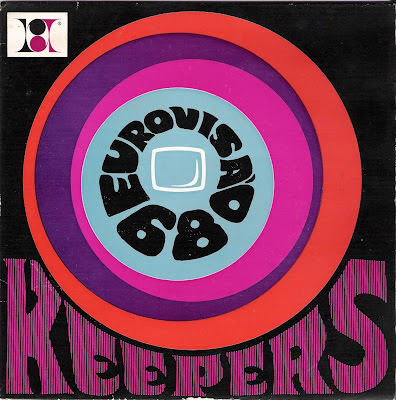 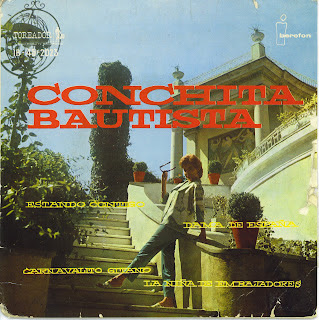 Here's a little tribute to the Spanish debut entry already in the Youtube below this post. Estando Contigo by Conchita Bautista ended 8th at the contest back in 1961.
But Estando Contigo really became the evergreen it is today after Marisol adopted the song for the movie Ha llegado un ángel in 1962. You can find more about this Marisol version in Eurocovers post The Kids Are Alright part 1.
Conchita Bautista entered Eurovision again in 1965 with another classic Que Bueno, Que Bueno, but that ended with the dreaded nil poing. But watch Eurocovers for some fab Que Bueno's soon. 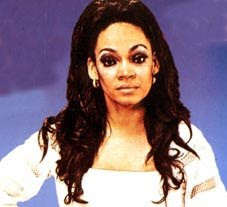 A latin singer that has always captured my imagination is La Lupe (Lupe Victoria Yolí Raymond). A Salsa singer born in Santiago de Cuba with a typical superstar life and a tragic ending to match.
I first got to know about La Lupe after Dutch radio repeatedly played her totally crazy version of Peggy Lee's Fever as a must hear cult track.
After a while a found a great Best Of CD (including Fever) on Salsa Masters / Sony which still frequents my CD player.

La Lupe's first band was Trio Tropicuba with her then husband Yoyo Reyes but after two years she broke up with her husband and the band split up. By then she was a popular singer in Cuban clubs and her outragious style attracted many fans. But not Fidel Castro I guess, as in 1962 La Lupe emigrated to the USA: "Castro take my club, my money, my car"

In New York she worked with Mongo Santamaria and later with Tito Puente, with whom she recorded her most successful work. 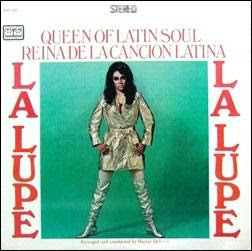 But in the 70's, after she split up with Puente, things went downhill and she moved to Puerto Rico where she could still find work in TV shows and perform at concerts.
When that dried up she returned to New York, but the medical expenses for her 2nd husband had left her broke.
Come the 80's things took several turns for the worst. She was living on benefits, broke her spine in a domestic accident , hanging the curtains and her appartment burnt down.
In 1985 she reunited with with Tito Puente for a performance where she sang from a wheel chair and money was raised to pay for her medical bills.

Legend has it that La Lupe rose from her wheelchair after she was blessed by a evangelical priest. (But maybe she just put on one of her own records).
She turned to religious music and her last 4 albums testified of her love for God and all his miracles.
In 1992 La lupe died in the Bronx, survided by two children and her 2nd husband. 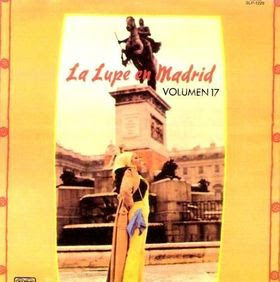 In her recording career La Lupe's musical styles range from popular salsa to local styles from Venezuela (Merengue), Puerto Rico and Venezuela. She wrote many of her songs herself and she covered popular songs like My Way, Unchained Melody, Ciao Amore, Fever (featured below), the Singing Nuns Dominique and the Beatles' Yesterday.
In 1971 La Lupe released the LP La Lupe en Madrid - Volumen 17 (Tico records, SLP-1229) , which seems to be her 17th LP. This includes Estando Contigo, Spains first Eurovision entry.
La Lupe en Madrid was re-issued on CD in the 90's on Fania Records. Most earlier La Lupe records are now very collectable, for the musical content but also for the fabulous artwork and photography.

I recommend you browse YouTube for some La Lupe videos and be amazed. Jean Paul Sartre loved her ('she's a musical animal'), Picasso thought she was a genius and so will you.
La Lupe compilation cds are available from most webshops but if you're lucky (and rich) you can find some goodies in the vinyl shop, latin section. 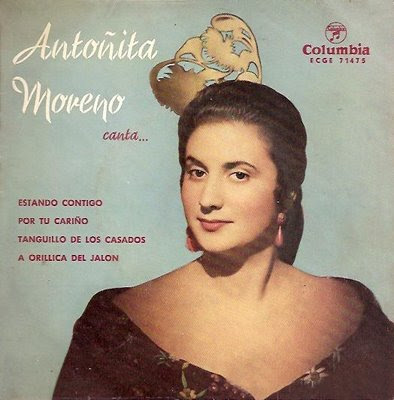 Antoñita Moreno
And as a bonus here's another Estando Contigo by a legendary singer. At least I get the impression she's legendary (she certainly looks the part,) but I haven't found out much about the singer yet. It's a version by Antoñita Moreno who is an actress and Copla singer from Sevilla, Spain. She was quite famous in the 50's but the rest you'll have to find out for yourself. Some great pictures can be found on this site. Originally released on an EP (Columbia ECGE 71475) (Thanks to Armando for the picture sleeve!)

Posted by Eurocovers at 2:28 PM No comments: 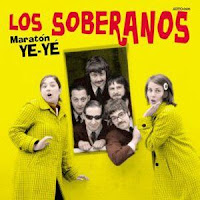 2008: Anno Domenico - A few Volares from the olden days

Here's a selection of Volares from 1958 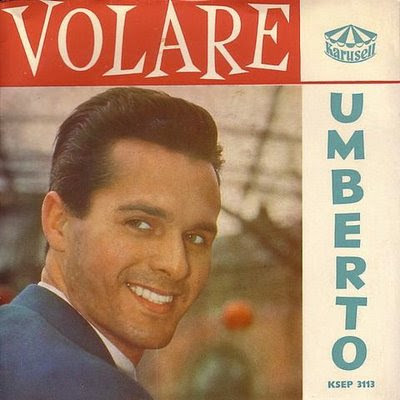 Umberto Marcato recorded at least 4 'modern' versions of Volare, but here's his original from 1958.
- 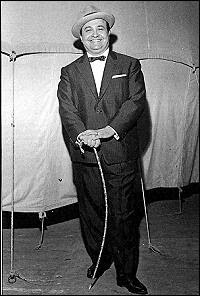 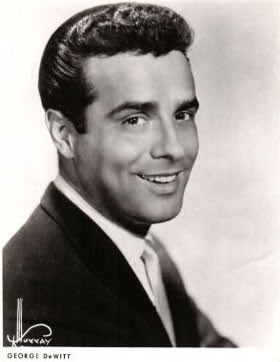 Alberto Semprini (1908-1990), heard here playing a piano version of Volare, was the original conductor of the orchestra for Domenico Modugno when he performed his song on the Eurovision stage in Hilversum, Netherlands.