Tar And Cement: Oh How Much I Love Verdelle Smith 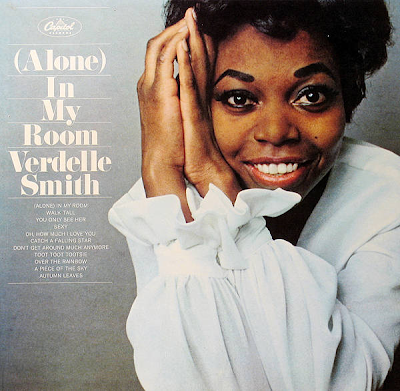 I recently 'discovered' American 60's singer Verdelle Smith. Hadn't heard about her, but through my obsession with coverversions of Dio Come Ti Amo I stumbled upon her LP In My Room from 1966.
It includes her version of the Modugno/Cinquetti classic, titled Oh How Much I Love You. 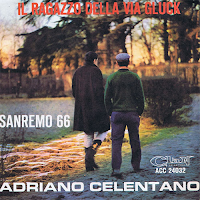 After a bit of browsing I noticed she's qualified as a one hit wonder*, and the one hit is Tar And Cement.
Tar And Cement is a coverversion of Adriano Celentano's Il Ragazzo Della Via Gluck. The original song is from the 1966 Sanremo contest, and even though it didn't do very well there, it became one of Celentano's signature songs.
Where Verdelle Smith's version of Dio... is nice, Tar And Cement is a moving interpretation, and a wonderful piece of music history. I don't know if it's sacrilege to say, but she sometimes reminds me of Dusty Springfield.
Verdelle's Tar And Cement was a top 40 hit in the US, and even got to #1 in Australia. 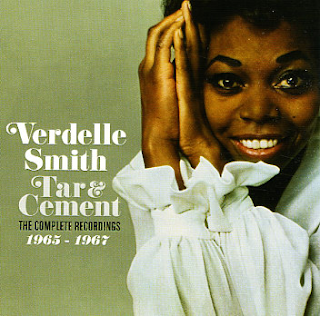 The 2013 CD Tar And Cement: The Complete Recordings 1965-1967 (City Hall records, US) features both songs and Smith's take on some other classics like Catch A Falling Star (Perry Como, Francoise Hardy**), I Don't Need Anything (A minor hit for Sandie Shaw) and Autumn Leaves (Yves Montand).
Similar compilation CDs have been released earlier.

Both tracks and other Verdelle Smith songs are available through the Tunes and the likes, but you can already have a listen to the crackin' ol' records thanks to some tremendous Youtube people.

Oh How Much I Love You at Youtube
Tar And Cement at Youtube
Verdelle Smith is still around, but she hasn't been pursuing a career in pop since the 60's.

Tar And Cement was also recorded by Virginia Lee (South Africa), Joe Dolan (Ireland) and The Young Idea (ft Mott The Hooples Ian Hunter)
Anna-Lena Löfgren recorded it in Swedish (Youtube)
And here's a Finnish version I quite like, Asfalttia Ja Sementtia by Kari Kuuva.

Release news: Monica Z. - The film and the music 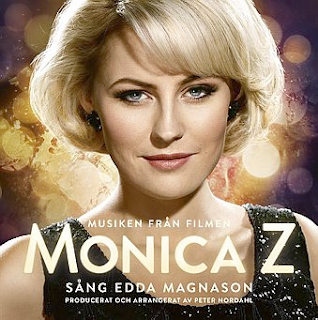 This week, September 13,  sees the premiere of the Swedish film Monica Z., a biopic about the life of Monica Zetterlund, Swedens legendary queen of jazz.
Eurovision fans know Monica Zetterlund best from her wonderful 1963 Eurovision song En Gång I Stockholm (Once upon a time in Stockholm).
The film focusses on the early career of Zetterlund, when she was a critically acclaimed jazz singer, working with some of the jazz greats like Bill Evans, Stan Getz, Louis Armstrong and Arne Domérius.

Edda Magnason takes up the challenge of portraying Monica Z. Not only does she play her in the film, but she also sings all the tracks in the movie and on the soundtrack herself.


The soundtrack  is released on CD and is out now. The musical score is arranged and produced by pianist Peter Nordahl. It includes En Gång I Stockholm and several other Zetterlund classics. (Universal 0602537-35291, tracklist below).
You can watch another clip, Sakta Vi Gå Genom Stan,  here at Aftonbladtet tv. 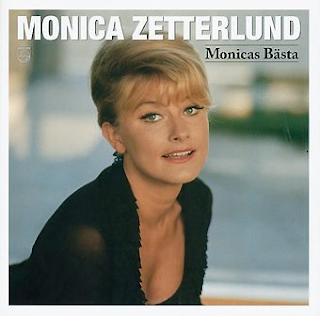 Monica's Melodifestival
Monica Zetterlund’s first entered the Swedish national final in 1962 with the song När Min Vän (When my friend, also performed by Carli Tornehave) which ended 2nd behind the winner Sol Och Vår (performed by both Inger Berggren who took it to Eurovision and by Lily Berglund)

In 1963 En Gång I Stockholm was one of 12 songs in the national competition. It was performed with orchestra by Zetterlund and with a small combo by Carli Tornehave.
The music is by Bobbie Ericsson, who also wrote the 1961 Swedish entry April April for Siw Malmkvist. The lyrics were written by Beppe Wolgers, a.k.a as Efraim Långstrump (Longstocking), Pipi's Papa.
In Eurovision the song ended last with 0 poing, possibly because the songs style, a very slow jazz ballad, didn’t fit the Eurovision mold.
Ending last didn’t hurt Zetterlunds career and En Gång I Stockholm became an evergreen that is still performed and recorded today.

In 1972 Monica’s last Eurovision attempt, Krama Mig Och Dansa (Hold me and dance with me) ended 6th in the Swedish Melodifestival.

Monica Zetterlund died in 2005 in a tragic fire accident in her Stockholm home. 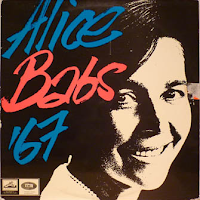 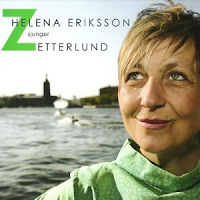 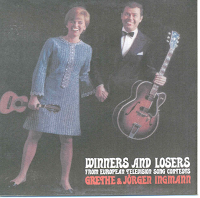 These are the versions I know of, if you know more or have any corrections, please let me know.