Die Autobahn To Düsseldorf - The Playtones 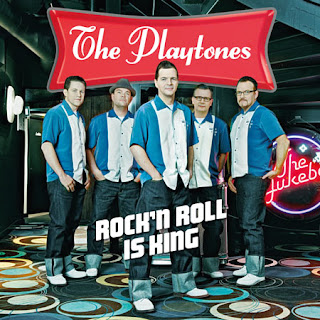 Rock 'n' Roll dansband The Playtones are in the third heat of the Swedish pre-selection Melodifestivalen with their song The King.
(update: Yay!, they made it to the Final)
(another update: The King ended 5th in the final, but the Rock 'n' Roll is King album enters the Swedish album charts at #1 in week 11)
-
Below video is The Playtones’ live coverversion of the 2009 Eurovision winner Fairytale (Alexander Rybak).
The Playtones released their Fairytale on the CD Rock 'n'Roll Dance Party which is the best selling album of 2010 in Sweden.
-
Their next album Rock ‘n’ Roll Is King will be out on March 9 and will of course include their Melodifestivalen entry. 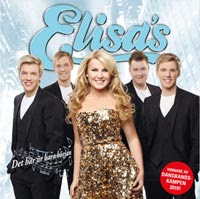 That Dansband schlager is extremely popular in Sweden today is confirmed again by this week’s #1 on the album charts: Elisa’s debut album Det Här Är Bara Början
It features a feisty coverversion of Tusen Och En Natt, Swedens 1999 winner Take Me To Your Heaven by Charlotte Nilsson (Perrelli)

The King
Brylcreem and Eurovision, do they gel?
The last time someone 'slightly' referred to Elvis it was a bit of a total disaster.
Read about that one (Copycat) and other Eurovision Rock 'n' Roll efforts here at Eurocovers. 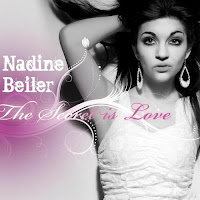 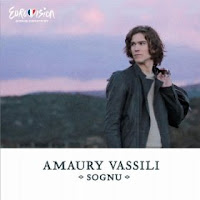 Posted by Eurocovers at 10:35 AM No comments: 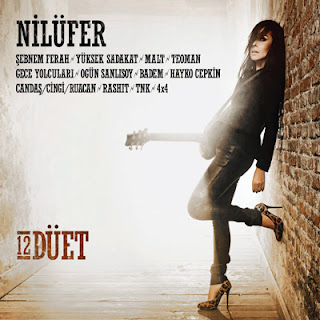 Turkish singer Nilüfer (Nilüfer Yumlu) who we all of course remember from the 1978 Eurovision entry Sevince by Nazar (group, she was in it) has released a new album titled 12 Düet.


It means 12 Duets and it features 12 songs Nilüfer recorded with Turkish rock singers and bands.

Track 2 on the album is Göreceksin Kendini featuring Yüksek Sadakat.

Yüksek Sadakat is of course the 2011 Turkish entrant and Göreceksin Kendini is a coverversion of Tu Te Reconnaitras, the 1973 Eurovision winner by Anne-Marie David (for Luxembourg). 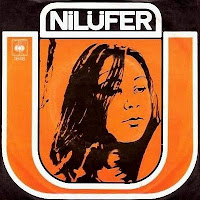 It is the third time Nilüfer recorded Göreceksin Kendini.
It first appeared on a single (CBS 1646, pic left) and a later recording was released on the Various artists album Bak Bir Varmış Bir Yokmuş 3 (Odeon Koleksiyon )

Nilüfer also recorded Greek entry Socrates (by Elpida, 1979) as Beyaz Mendil which was a b-side to single Oh Oh (Burç 3511). 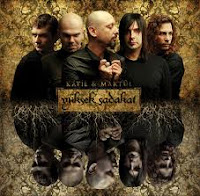 As far as I know Göreceksin Kendini is the first ever Eurocover for Yüksek Sadakat.
Read more about Yüksek Sadakat here at The Düsseldorf Collection.

Nilüfers 12 Düet album is out now in the Turkish shops.
Other artists duetting on the album are Şebnem Ferah, Malt, Teoman, Gece Yolcuları, Hayko Sepkin and many others. 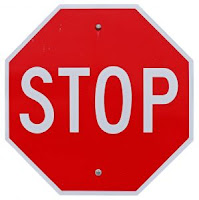 Estando Contigo
Sadly it's the end of The Autobahn for David Sancho.
The actor and big band style singer was axed in yesterdays Spanish pre-thing round.
But let's pay him a visit at his website where you can listen to a highly enjoyable version of Estando Contigo, Spains first ever entry.
There's also some other songs in audio or video (Click Saber first, then canciones).
Posted by Eurocovers at 8:56 AM No comments: