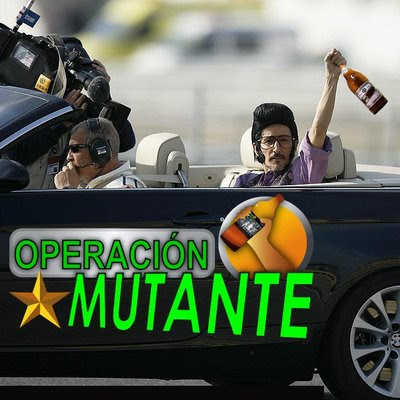 Baila El Chiki Chiki, the controversial Spanish entry from 2008 is probably the most covered song of last years contest. Original singer Rodolfo Chikilicuatre recorded the song himself with various artists. So his sort of semi-coverversions were recorded with Tata Golosa, King Africa and Pablo Uno.

And there's also a bunch of so called Cheap Covers. These are quite straightforward copies appearing on holiday / summer / fiesta / playa compilations released in Spain by ensembles like the imaginatively monickered Harmony Group. These albums are plain cash in compilations with all the summers hits covered by the great unknown and their mothers. (It's how Sir Elton started his career, so it's nothing to be snuffed at. And let's not forget Tina Charles)

There's also some nice'n'loud versions of the Chiki anthem. The Blackstreetboys and Operacion Mutante can always be trusted with a Spanish Eurovision entry and a chainsaw.
Check out their MySpaces for their noisefests. The BSB MySpace also has a video of the massacre of the 2003 Spanish entry Dime (originally by Beth)
I was just re-checking the Operacion Mutante Myspace and much to my delight they have also recorded the Spanish 2009 entry La Noche Es para Mi (Soraya). It's titled La Industria Es Para Mi, so I guess there's a message somewhere in that racket. Their Chiki Chiki is in the player too. 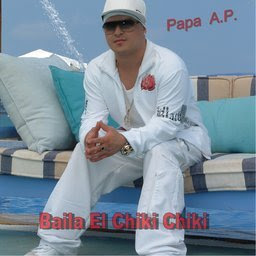 Meanwhile in El Salvador
Papa A.P., Reggaeton star from El Salvador has also recorded Baila El Chiki Chiki. Two versions are now available as digital releases at several download outlets whatevers like Napster, MusaKauppa (Finland) and Amazon.
In 2005 he had two hits in Europe with Gasolina and with Entre Tu Y Yo.


Oh yes, Baila El Chiki Chiki is the only Eurovision entry mentioning Michael Jackson, ánd it was a top 20 hit in France and Sweden, even thought it only ended 16th. 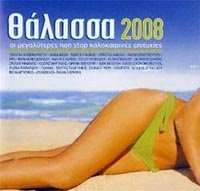 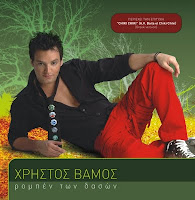 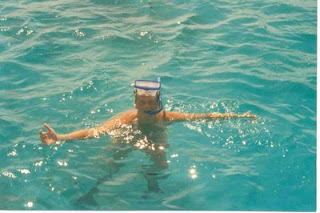 It's summer, post Moscow Eurovision and I'm too lazy / tired / occupied→ to make interesting posts for Eurocovers. The perfect time to offload a few Eurocovers without any particular stories, far fetched links, shocking tragedies or other interesting trivia. Maybe there'll even be a part 2 later.

Love Is Blue - Ann Margret
You know about the original (This Eurocovers post). This one is supposed to be by Ann Margret, but I haven't found any info on her actually recording it, so it could easily be someone else. It's fabulous though, and she did things with Elvis. And you can find out where 2 unlimited got their No Limit riff.
Any release info welcome. 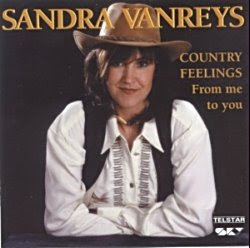 One Good Reason - Sandra Van Reys
Acclaimed Dutch country singer covers the Dutch 1999 entry One Good Reason by Marlayne (9th in the Jerusalem contest). It's from the same year and quite good actually.

Quien Maneja Mi Barca - Hidrogenesse
The ultimate nil-pointer was Quien Maneja Mi Barca by Remedios Amaya in 1983 (Spain).
An unlikely pairing of Flamenco vocals with electronic music. It all looked a bit odd, scary woman, blue kaftan, bare feet, but the LP Luna Nueva, with more songs in the same style is a must have classic and a great LP to score on your Spanish flea market holiday trip (if you haven't got it already)
Hidrogenesse made an even electrononicker version for a coverversions project. Find out about that yourself. 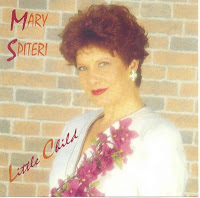 Nog een kind - Mieke
Probably one of Malta's cheesiest, the 1992 entry Little Child by Mary Spiteri (3rd place). Not my cuppa cheddar, but many people like it. Mieke is a Dutch / Belgian artist with a great voice, who enjoyed popularity as a child singer. Her "A child without a mother is like a vase without flowers" song is still a seminal tear jerker in Dutch culture (in Dutch it almost rhymes). And she worked with father Abraham too.

Oh and this: You got to get the Boaz Mauda CD as it has a great coverversion in Hebrew of Olta Boka's Albanian 2008 entry Zemrën E Lamë Peng.
Posted by Eurocovers at 5:03 PM No comments: 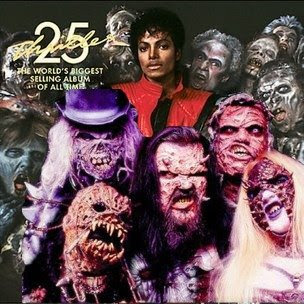 Reply Songs are (obviously) songs that reply to a big hit and it was Michael Jackson untimely departure that got me thinking. Bear with me, I'll explain.
Back in the days I loved Off The Wall and Billie Jean just as much as anyone else, and I still do. Just like any other popmusic fan I have been swept along in the Michael Jackson craze and I am fascinated by the charts being stuffed with Michael Jackson hits. All the sad events transported me back in time and had me reliving the 80's, which were pretty fantastic times for me.

Of course there's no Eurocover by Michael Jackson and it's not really possible to celebrate the King Of Pop within the confines of Eurocovers.

Reply Songs
In those Thriller days I used to DJ and a favorite cliché of mine was mixing Billie Jean with the reply song Superstar by Lydia Murdock (I'm Billie Jean And I'm Mad As Hell).
The question arose, has there ever been a reply song for a Eurovision song? (Any excuse for a Eurocovers post with a Michael Jackson tie).

I actually found one, and even though it's a song heavily featured in some recent Eurocovers posts it's here again. Researching it of course lead to finding more about the singer etcetera, Eurocovers style. And incidentally there turned out to be more Michael Jackson links than I expected. 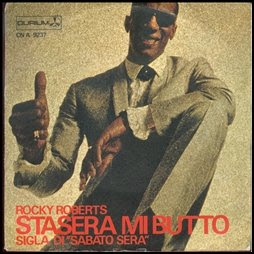 Rocky Roberts (1941 - 2005)
An interesting CV for Rocky Roberts. Born in Miami, spent some time in the U.S. navy, was a welter weight championship boxer and got his first musical cudo's with the Airedales, recording in the U.S. and in France. In the second half of the sixties he moved to Italy where he recorded most of his songs (as a solo artist) and he was a guest in every other popular TV music show. His American accent didn't stop him from having a great hit with Stassero Mi Butto (amazing YouTube link restored), watch the footwork MJ fans) and he was well known for his energetic Italian language coverversions of Motown and Atlantic soul hits, live and on record. Reach Out I'll Be There (Four Tops, also recorded by the Jackson 5), Chain Of Fools (Aretha Franklin) and Same Old Song (Four tops) 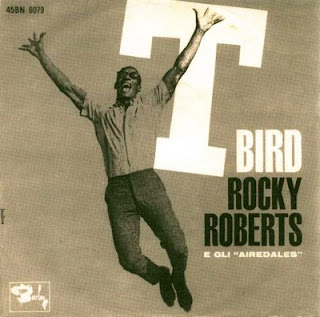 It's with the Airedales that Rocky Roberts recorded a reply song (in English) to Gigliola Cinquetti's Non Ho L'eta (Per Amarti).
Yes Yes My Love from the French 10"inch LP Rocks Et Slows - T.Bird from 1964 (BARCLAY 92.107)

The original track by Gigliola Cinquetti is about being too young to love and Rocky Roberts, always a gentleman, is prepared to wait. I don't know if they ever got together…

Yes Yes My Love (original is in English)
"Yes Yes My Love, I know you're too young.
I'll wait for you
These tender years, I'll think of you
when the waiting is through, no more can I do
I'll watch the moon and the stars when I think of you
I'll wait with all my heart to be standing by you".

The track and album are from Rocky Roberts time in France where he mostly recorded French and American classics in English.
This Is My Prayer, the 'original' English version of Non Ho L 'Eta didn't have the being too young theme, which was just as well, as Vera Lynn from the previous Eurocovers post was well into her 40's when she recorded her version. 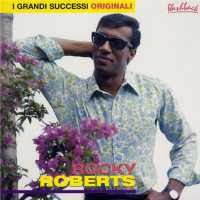 Volare
Yes Yes My Love is not the only Eurocover by Rocky Roberts. In 1970 he recorded Volare as an amazing soul ballad. Accept my apologies for overlooking that one in last years Anno Domenico posts, it's a Eurocover that is not to be missed.
Volare was a b-side to I Won't Think Hard Of You, released in the U.S. on the Chess label (Chess 2096). It can also be found on the compilation CD I Grande Successi Originali.

In 1969 Roberts entered the San Remo contest with La Belle Donne and in 1970 with Accidenti (together with Il Super-gruppo).
Rocky Roberts died in 2005, but his son Randy Roberts continues the family tradition, and hey presto, his MySpace features some nice acoustic Michael Jackson coverversions.

One final link for the anoraks: The Airedales continued in the late 60's and 70's with band member (bassist) Wess Johnson as the new lead singer who took over from Roberts in 1967. And Wess is of course known from the 1975 Eurovision entry Era by Wess and Dori Ghezzi, which ended third for Italy and was a reasonable European hit. Contrary to popular myth only Dori is a Ghezzi.
Posted by Eurocovers at 10:46 AM No comments: