Quédate Conmigo, Euphoria and When The Music Dies covers 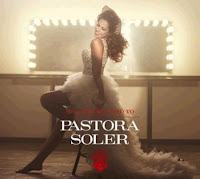 Here is a coverversion of this years Spanish Eurovision Song Quédate Conmigo which will be performed in the Eurovision final on May 26 by Pastora Soler.
I don't know who is behind this (please tell me), but it is wonderful. Singers from all over the world (well, mostly Eurovision world) cover the classic Eurovision ballad and it is very well put together.
I've spotted a few pre-selection singers (ooh, Rui Andrade) and Eurocovers favourite Lianie May from South Africa.

Update: I just read at Eurovicio, who already posted it a week ago, that the idea from this clip is from Antonio (Tony) Sanchez, one of the composers of the song. It's a tribute to Pastora in support of her Eurovision adventure. You can also find the full list of participating singers at the Eurovicio link.
So: Thank you Eurovicio!

You can find out everything about Pastora Solers own version and releases here at The Baku Collection, the place for all info on the releases of the Baku 2012 Eurovision Song Contest. 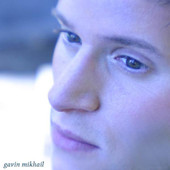 And while we're in the business of 2012 covers, an acoustic coverversion of Swedish entry Euphoria well worth checking out is released by Gavin Mikhail.
Gavin Mikhail recorded his acoustic version of Euphoria for a digital release with five acoustic versions of current hits (+ five instrumental versions).
Mikhail's coverversions are a bit of an internet phenomenon and his version of the Swedish entry shows us why. I think MF 2013 may have their intervalact sorted with our Gav'. Listen to Gavins Euphoria here or buy here at itunes or amazon. 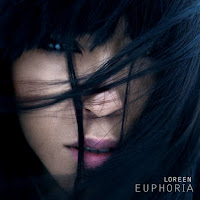 Euphoria will be performed in the second semi-final on May 24 by Loreen. (and hopefully also in the final). Find out everything about Loreen, Euphoria, chart success, remixes and Melodifestivalen 2012 here at the Baku Collection.

A third coverversion worth checking out is Wanneer Die Musiek Verdwyn (When the music disappears) by Colé Van Dais.
It's an Afrikaans version of When The Music Dies, Azerbaijans home entry by Sabina Babayeva (Səbinə Babayeva).
You can listen to Colé version through her Reverbnation and it's also for sale at RhythmMusic store (South Africa). 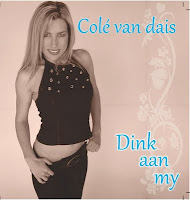 Colé Van Dais has recorded several Eurovision coverversions recently for her album Dink Aan My (Think of me). For example titletrack is a cover of Haegt Og Hljott, the 1987 Icelandic entry by Halla Margret.
She also recorded a duet version of Georgia's Peace Will Come (Diana Gurtskaya 2008) with Marc Rantseli. This one is sung in Afrikaans, Spanish, English and Zulu.
Afrikaanse Meissies (African girls or probably Afrikaans girls) is The Balkan Girls (Romania's Elena Gheorge, 2008) and Die Eiland (The island) is 1987 Cyprus entry Aspro Mavro by Alexia.
Listen to some of the tracks here at Reverbnation

Of course you can find out everything about the original entry by Sabina Babayeva at the Baku Collection. There are details about the remixes, the Azerbaijani version Gəl and more at this page.
Posted by Eurocovers at 9:06 AM