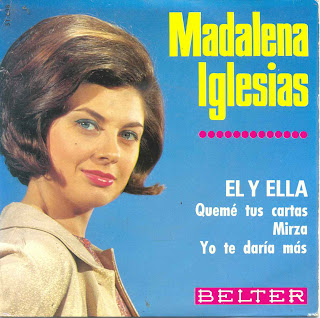 Don't You Want Me or Love Will Tear Us Apart, that was the choice you had to make in The 80's, remember them? Dead Cool or Cool Dead.
Big Floppy Hair, Outrageous Blousons, Electronic Dans Music, Neue Deutsche Welle and more floppy hair.

Here are two Portuguese new wave tracks that are gloriously 80's. But in fact they're covers of 60's Portuguese Eurovision songs.

Mler Ife Dada were a extravagant band from Cascais, Portugal, heart of Portuguese new wave. They enjoyed their 15 minutes of 80's fame especially after the charismatic Anabela Duarte joined the band. Mler Ifa Dada made two, now of course very important, albums and a few singles.
- 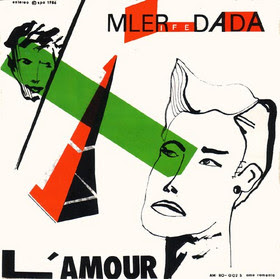 For the b-side of their first single with Anabela Duarte, L'amour Va Bien, Merci (Ama Romanta records AMRO002, 1986) they recorded a version of Ele E Ela, Portugals 1966 entry by Madalena Iglésias. They re-titled it Ele E Ela….E Eu (Him and her… and me). It's a perfect European new wave gem clocking in under 1:50.
Mler Ife Dada recorded two albums which both have been re-issued on CD and there's also a compilation from 2003 but none of these releases has Ele E Ela….E Eu. 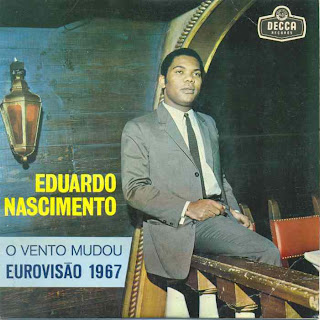 The second new wave cover is by Os Delfins, also from Cascais. Their version of the 1967 song O Vento Mudou (Portuguese entry by Angolan born Eduardo Nascimento) is what a Eurovision entry by Joy Division could have sounded like, ok....., let's say early Simple Minds.
Os Delfins, like th' Minds, soon abandoned new wave for rock-pop, but this early single remains a Portuguese new wave landmark. They're still recording and released the CD Delfins earlier this year. You can check them out at their MySpace.
-Os Delfins´version of O Vento Mudou was released as a 7" single and 12" inch maxi in 1984 on the Fundação Atlântica label (FA 2002697/6), which was regarded as the Portuguese equivalent of Factory Records. 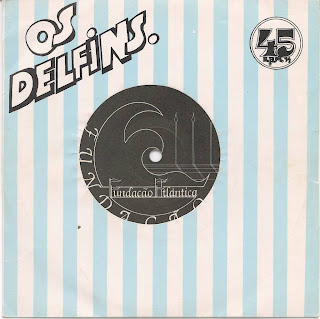 Carlos Paião Cover Play BackPortuguese outfit My Tie have recorded a new version (in 2004) of the Portuguese 1981 entry Play Back by Carlos Paião. The coverversion is in English and was only released as a bonus track on promo cdsingle The Entrance. But it can also be heard at My Tie´s MySpace. And there´s some more good stuff too.
-
-
-

somehow the link to http://www.blogger.com/Paião doesn't work... is it the correct one?

Sorry for that, it´s the correct link now

hOW CAN i HEAR THIS?

hOW CAN i HEAR THIS?

By clicking the links next to the Os Delfins sleeve you can d/l the songs.