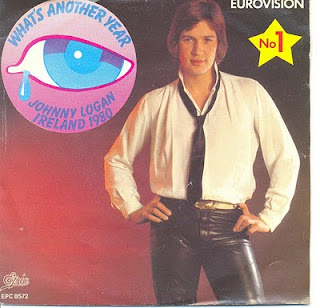 Johnny Logan, you either love him or adore him, King of Eurovision, Three times Eurovision winner, you will probably know all the accolades.

30 Years ago he won the contest for Ireland with What's Another Year, Irelands second victory of many, 10 years after Dana.

What's Another Year became a huge European hit, Going # 1 in U.K., Sweden and Ireland and top 10 in most European countries.


Johnny Logan recorded the song in English, German and Spanish (see below) and also released a few re-recordings, including a spanking new 2010 version.


I don't know if it's rough being percieved as a one trick pony, always being associated with Eurovision, but it surely keeps Johnny Logan in a job.
It still results in many guest appearances as singer and jury in the Eurovision pre-season and also resulted in a fantastic tour with the Eurovision In Concert show with the Dutch Airforce orchestra. 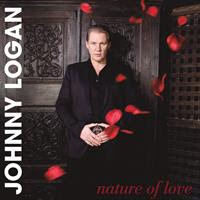 Nature Of Love
Of course Johnny Logan has released many other records, and his latest albums The Irish Connection and Irishman In America (2008) was quite successful chartwise in Scandinavia.

He has now recorded a new album titled Nature Of Love. The album is a bit country rock tinged and for the Eurovision fans: There's new versions of his three Eurovision winners What's Another Year, Hold Me Now and Why Me?.

The first single from Nature Of Love is Last Days Of Beautiful. You can listen to the song at Tajmer, Johnny Logans management.
The album is out in Germany May 7 (Indalo/DA Music). Excepts from all tracks can be heard at Rebeat.
Nature Of Love is now available at Bearecords, as well as many other Johnny Logan releases.
update In Scandinavia the album is out on the Black Pelican label (SME-8869771-2602). It charts in the Swedish Danish and Norwegian album charts. 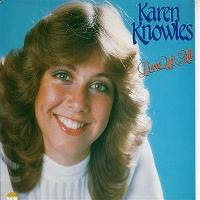 Eurocovers
Most What's Another Year coverversions are from the Nordic countries and many are recorded in English but it was also a popular tune for orchestra's, Hammond players and other instrumental music magicians.
Eurovision stars that have recorded the song are Brotherhood Of Man, Geraldine Branagan, Noelle Cordier, Lars Berghagen, Ivo Linna and Jørgen Ingmann.

The most famous artists to record What's Another Year are Shane McGowan & The Popes (ex Pogues) and US country singer Charley Pride .
A personal favorite is by Australian singer Karen Knowles, one time (later) Seekers member. She recorded Logan's winner for her 2nd album Loves Us All in 1982.

Recording your Eurovision tune in a host of languages is a time honoured Eurovision tradition and Johhny Logan is no exception. His german version Was Ist Schon Ein Jahr is well known and was released on a single in Germany in 1980. But there has always been this elusive Spanish version Por Un Año Mas that seemed impossible to find. Many collectors came home from holidays in Spain to find out that the mega rare 7"inch single found in a grubby backstreet thrift shop contained the English version of the song.

For a few years it was known that the Spanish version had to be released on a Mexican compilation LP, but no one had ever heard the song. Johnny Logans discography makes no mention of it either.
Discussions about its existence were the order of the month and some even dared to doubt the Eurovision Collectors Guide, oh ye faithless. But no more!

Now it has finally surfaced, in fact, someone YouTubed it already a year ago, but I, and many collectors with me, just failed to notice.
The title turns out to be Que Es Un Año Mas and the LP in question is Europa Canta En Español, a collection of European hits performed in Spanish by the original artists like Rafaella Carra, Umberto Tozzi, Joe Dassin and Vicky Leandros. (Released on Epic, Mexico)

We, the anoraks, are without purpose now. But people in Mexico, does any of you have the Katja Ebstein promo single Teatro (Spanish version of course) lying about. Just drop me a line.
Special thanks to André Vermeulen 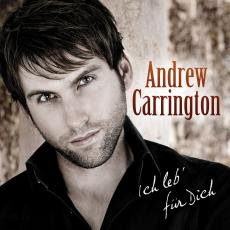 Andrew Carrington
Andrew Carrington, not the son of Blake, has recorded a coverversion of Was Ist Schon Ein Jahr, the German version of What's Another Year.
It can be found on his new album Ich Leb Für Dich.
Australian born Carrington was a lead singer in the Ten Tenors.
His German language CD also includes coverversions of Rücksicht (German entry 1983) and Wer Liebe Lebt (Germany 2001)
Ich Leb Für Dich is out May 7 on Warner Music Germany.

2010: The Oslo Collection
The place to go for all the latest release news of the 2010 Eurovision stars.