VII: Year Of The Puppet - Brasil 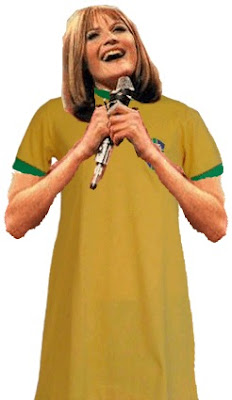 Brazil may be famous for the rainforests, caipirinha's and futeball magic, but most of all Brazil is the country with the most Eurovision cover versions to its name, without ever setting foot on the Eurovision stage.
Although they lost interest after the 70's, the amount of coverversions from the land of the Carnival far outnumbers any other. The selection is limited though, it mainly includes the songs from Italy, the U.K. and Udo Jürgens.
Domenico Modugno's entries 'Nel blu dipinti di blu' (Volare) and 'Dio come ti amo' seem the most popular of all, but also the late 60's British songs have been Brazilified by the Brazilian greats and less greats.
Puppet on a String is no exception and I know of five versions made in the land of Pelé.

Don't expect any exotic samba rhythms, the Brazilians surely knew Pop back in the 60's. 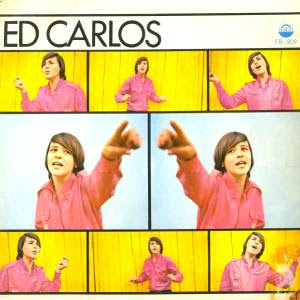 My favorite version is the one by Ed Carlos, at the time a child star, who's youthfull voice gives the song the innocent identity it never was supposed to have.
Katia Cilene, another Jovem Guarda star sticks closer to Sandie's original in both sound and looks.
Vocal group Os 3 Morais, three siblings of the Espírito Santo family, recorded the song for their first LP as Os 3 Morais. This also includes a version of Tell The Boys, the song that finished 2nd in Sandie Shaw's Song For Europe selection and that was Sandie's own favorite. 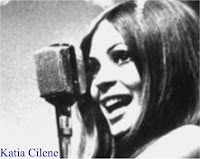 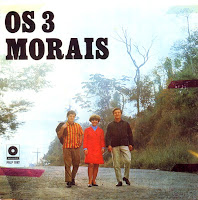 I haven't heard the versions by Suzy Darlen or João Luiz and there may be more too.
Discographies of Brazilian young 60's artists - http://www.jovemguarda.com.br/