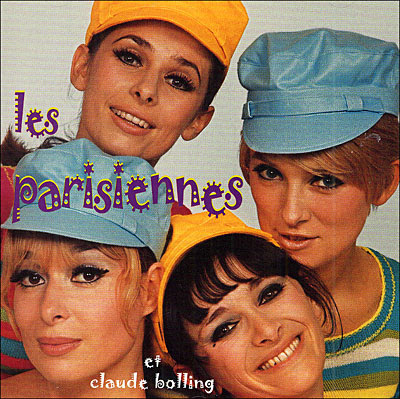 With the French presenting their rather amazing selection for the Helsinki Eurovision (I so loooove Jean Luc Picard band) time for a couple of French versions of Puppet On A String.

Les Parisiennes are a quartet of danseuses brought together by Jazz Musician / Producer Claude Bolling.

Don't be fooled by the 'I'm a Patsy double at an Absolutely Fabulous Flashback scene' look, Raymonde Bronstein (Beretta), Anne Lefébure, Hélène Longuet et Anne-Marie Royer were very able to sing and their song and dance show enjoyed some popularity in France and Canada during the 60's . They mostly recorded songs by Franck Gérald & Claude Bolling but tackled a few coverversions too. 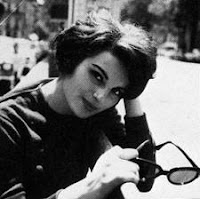 There are several French versions of Sandie Shaws winner, including one by Sandie Shaw herself. Another I really love is the one by Marianne Mille (pictured right). Don't know anything about her, but the song is below anyway.

Here's a list of P'tit Pantins I know, any additional detail, version or song is welcome at the usual address, I'm especially looking for the Canadian versions.

The Year Of The Puppet is a journey through space and time with Sandie Shaw and her classic Eurovision winner as our only guideline. So far versions of the song from France, Singapore, Jamaica. Yugoslavia, Estonia, U.K. (Comedy), Iceland, Lithuania, USA (Musical) and Spain have been featured and listened to. Still to come, More Singapore, Brasil, Scotland, Norway, Sweden, Finland, Denmark, Netherlands, Spain, Catalonia, Basque Country, Russia, more Jamaica, Chile, Argentina, Mexico, Portugal, Tirol, Japan, Turkey, Czech republic, Slovakia, Poland, Hungary and any other destination that we visit on our travels.
Posted by Eurocovers at 9:45 AM