The Road To Baku: Engelbert Humperdinck - In Love With You


Here's an audioclip of Engelbert Humperdinck singing In Love With You, an English version of the 1984 Dutch Eurovision song originally by Maribelle.
In a bold and certainly unexpected move the BBC have appointed Engelbert to represent the United Kingdom in the 2012 Eurovision Song Contest in Baku.

Update: Find out all about his Eurovision song Love Will Set You Free here at the Baku Collection 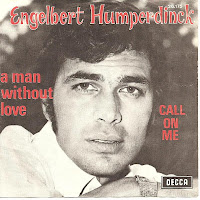 In 1968 he scored a worldwide hit with A Man Without Love, a cover version of Quando M'Innamoro from the Sanremo contest of the same year. The original versions were performed by Anna Identici and by The Sandpipers. (single on Decca) 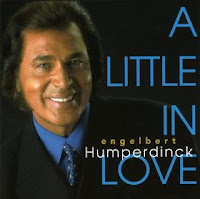 In 1997 he recorded the CD A Little In Love (Dino records). Top-man of Dino records and long time friend Tony Berk teamed Humperdinck up with Dutch singer and producer Peter Koelewijn to record an album with English versions of Dutch modern classics. It includes popular hits from the 80’s and 90’s and also features In Love With You, a coverversion of the Netherlands’ 1984 Eurovision entry Ik Hou Van Jou, originally by Maribelle.
Another song on the album is The Little Café By The Harbour, a Dutch evergreen written by Sha La Lie composer Pierre Kartner a.k.a. Father Abraham.

A Little In Love reached #29 on the Dutch album charts and stayed ten weeks on the list. In Love With You was also released as the second song on the cdsingle release of the title track.
The album was also released in Germany as Romantic Songs (EMI) but was discontinued when a project with dance re-recordings of E.H. classics was released.

The last song to mention was recorded in 2003, but it is the oldest Eurovision related song of the lot. Volare (Nel Blu Dipinto Di Blu), well know to Eurocovers readers and everyone else ended up on his album Definition Of Love (Hip-O records). Volare, written and originally performed by Domenico Modugno, didn't win Eurovision but is the best selling Eurovision single and most covered Eurovision song of all time.

Please check out The Baku Collection for all the latest on the 2012 Eurovision songs, releases, charts and other trivia.
Posted by Eurocovers at 4:21 AM

The "King of Romance", that voice
is incomparable, and the man
is a true Gentleman
Engelbert, we Love you !