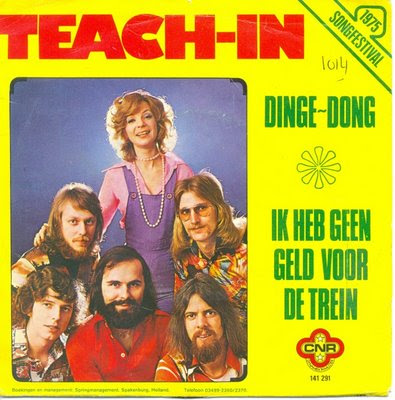 Eight winners of Eurovision Days Gone By have been recorded in Russian. (also see below)
Ding A Dong, much loved, ridiculed by some. Of course the 1975 Eurovision winner is flowerpicking genius and the Russians agree. The song is covered by Russian artists and it's regularly performed on various CIS states Idols / Eurovision / Kids shows.

Teach In enjoyed some popularity in the Soviet Union in the mid 70's and in 1976 Getty Kaspers, Teach In's singer at Eurovision had a USSR #1 hit with I'm Alone.
Teach In are doing a bit of a re-union tour and they also visitied Russia, playing for 40.000 people at two sold out cencerts. The band will be performing at the opening show welcome party extravaganza in Moscow on the 10th of May. 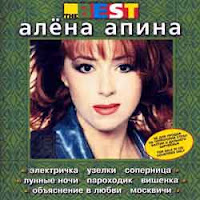 Alena Apina & Murat Nasirov's version of Ding A Dong is titled Лунные ночи (Lunnye Nochi) and can be found on a 1998 CD The Best Of Alena Apina. 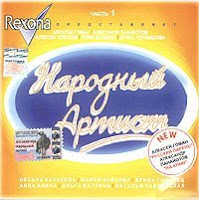 Assorti (Ассорти) gave it a shot in the Russian preselection with Keep On Shining in 2005 and their Динь-Дон (Din Don) from 2003 appeared on their website and various compilations. (pic right)
(This one was already featured in this Ding A Dong Eurocovers post)
The most recent Russian version I know is from 2006 by Havana (Гавана) - Novy god v platie novom (Новый Год В Платье Новом). It was released on various Christmas compilations.